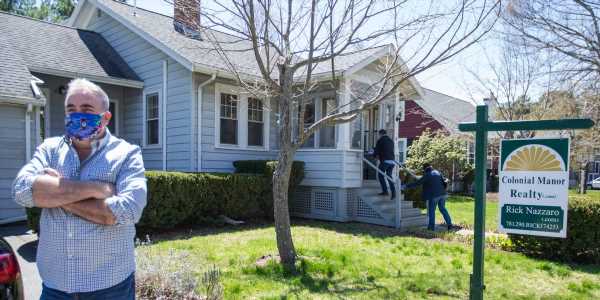 The cost of renting a single-family home in the US rose 4.3% year-over-year in March, CoreLogic said in a Tuesday release. That’s up from 3% in March 2020 and places rents at their highest level since September 2006.

Phoenix and Tucson led the increase, with prices rising 11.4% and 10.4%, respectively. Atlanta, Las Vegas, and Charlotte followed close behind. Prices for higher-priced homes jumped 5% and drove the bulk of the acceleration. Lower-priced and lower-middle priced homes saw the weakest rent inflation.

Boston saw a nearly 8% decline in rent prices through March. Prices also fell in Chicago and St. Louis, according to the report.

The US housing market has been on a tear over the past year as outsize demand overwhelmed the national supply. Inventory tumbled to record lows earlier in 2021, and while construction has picked up somewhat, a still-elevated sales rate threatens to accelerate price inflation even further.

Surging home prices often drive potential buyers to the rental market; a recent CoreLogic survey showed nearly 70% of consumers citing high home inflation as a reason to rent. But even that option is growing crowded, and burgeoning demand for rentals risks creating a new affordability problem. More than one-third of consumers said rentals in their neighborhood were either not very or not-at-all affordable, CoreLogic said.

A continued run-up in rent prices could lead nationwide inflation to normalize above 2%, the bank added. That would counter the Federal Reserve‘s forecasts for strong-but-transitory inflation that stabilizes at 2%.

Other economic data released this week suggests homebuilders aren’t rushing to address the historic inventory shortage. Housing starts tumbled more than expected in April, cutting into the 20% jump seen in March. Elevated lumber prices and a decline in construction workers likely weighed on the sector. Permits for new residential units edged higher, but the amount of permitted construction that hasn’t yet been started reached its highest level since 1979.

The slowdown comes as the US boasts a monthly home supply of just 3.6 months, just above the record-low of 3.5. After years of underbuilding, strained supply stands to drive price growth even higher as the US economy rebounds.

Economists will get their next glimpse of the housing-market boom on Friday when the government publishes data for existing home sales in April. Contract closings are expected to hold steady at an annualized rate of about 6 million.