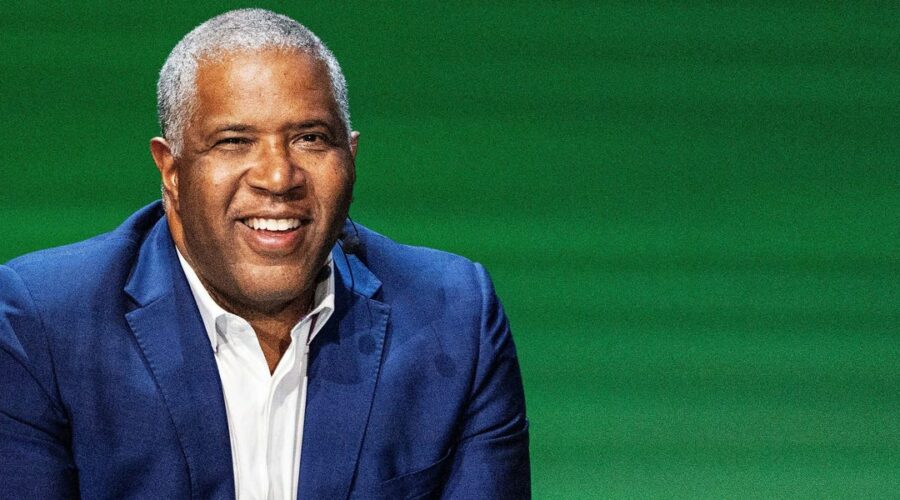 Vista Equity Partners is pushing ahead with fundraising, as the firm looks to move past founder Robert Smith’s tax-evasion scandal.

The company is talking to investors about committing capital to existing funds, including Vista Credit Partners III, according to people familiar with the talks, who asked for anonymity to discuss them. One of the people said the firm’s efforts span private and public equity strategies, co-investments, and credit.

The capital raising will ultimately prove how resilient Vista’s fundraising pull will be in the wake of Smith’s admission that he evaded taxes on $200 million in income parked in offshore structures. Smith signed a five-year non-prosecution agreement in October.

So far, many investors haven’t been deterred. Vista raised $2.7 billion in December from existing and new investors, according to a client presentation viewed by Insider. The firm manages some $73 billion.

Since Smith’s settlement with the government, questions have lingered about whether his admission would hamper Vista’s fundraising. As one of the world’s largest private-equity firms, Vista collects money from pension funds, foundations, endowments, and sovereign wealth funds, among others, who hold the investment managers they entrust with their money to a high moral standard.

Some investors expressed concern following the announcement of the agreement, with at least one pension reversing an earlier decision to put money into a Vista fund.

But others were undaunted, judging by the December fundraising haul. One billion dollars of that $2.7 billion total came from 85 new and existing limited partners and went into the credit strategy. Another $1.7 billion went to the private equity strategy, the presentation shows.

In total, the firm raised $9.4 billion last year, with more than 70% coming before Smith’s tax investigation came to light, according to the presentation.

Greg Myers, Vista’s global head of capital and partner solutions, declined to comment on Smith’s NPA or any future fundraising plans. But he told Insider that investors still have a strong appetite for the main sector Vista invests in.

As some investors poured money into Vista, one potential client balked

The fundraising efforts have continued this year, the people said. As Smith has been speaking with investors, he’s relied on Myers, as well as chief legal officer and chief operating officer David Breach, to accompany him on some calls, some of the people said.

Since October, Breach has been talking with investors about the impact of Smith’s NPA, and he’s stepped into a more prominent leadership role now that Vista cofounder and president Brian Sheth has left the firm, according to people with knowledge of the matter.

Vista announced Sheth’s exit in a press release on Thanksgiving Day, after the younger man disagreed with Smith over his decision to remain at the private equity firm after his NPA.

As recently as last November, Smith and Breach were the only two names to appear on Vista’s website under “Executive Leadership.” Today, the firm’s website shows an entire executive committee, arranged alphabetically after Smith.

Breach’s name and the parts of the firm that he runs – including compliance, operations and legal – are highlighted prominently in some of the firm’s investment presentations.

“David is a key point of contact and communicator with investors,” one of the people familiar with Vista’s fundraising efforts said. “There is always a constant cadence of outreach to Vista investors, and that is about updates and sharing investor information about current funds.”

Investors in private-equity funds give their money to managers in a series of staged payments. They tend to give a portion of the money early on, and then agree to be subject to capital calls as Vista finds productive uses for the money they’ve promised.

In some cases, and under certain circumstances, funds retain the rights to cancel already-promised commitments.

The pension fund’s investment committee voted unanimously to approve the $100 million commitment last April, though it was subject to the completion of final talks over terms and conditions, and more paperwork. By September, the fund had decided to walk away.

The credit division is led by David Flannery, who joined Vista in 2018 from Blackstone. It’s been raising money for its third fund since at least 2019 and has targeted $3 billion for that fund alone.

This year’s fundraising is not expected to include a new flagship private equity fund, one of the people said.

Vista last raised money for its flagship private equity fund in 2019, when the $16 billion haul for Vista Equity Partners III made it at the time the world’s largest tech-focused private equity fund raised by an independent firm. The strategy is led by Michael Fosnaugh and Monti Saroya.