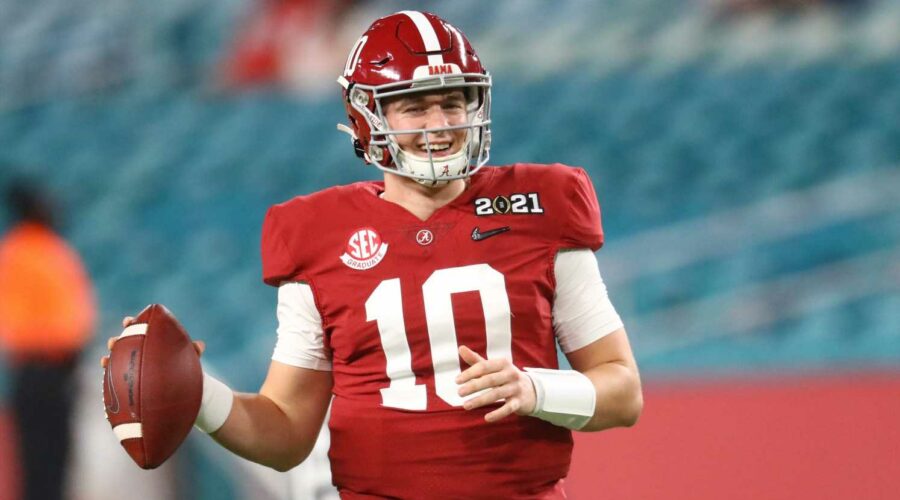 For the first time in his career with the Patriots, Belichick used a first-round draft pick on a quarterback Thursday, taking Alabama's Mac Jones with the No. 15 overall selection.

"Secretly, I wanted to go to the Patriots all along," Jones said in a news conference Thursday night. "I'm really happy that happened."

With Tom Brady piloting the team for the better part of two decades, Belichick has been reserved in his investments behind center. He added Jimmy Garoppolo in the second round in 2014 but traded the signal-caller to the San Francisco 49ers in 2018.

But after Brady left to join the Tampa Bay Buccaneers last offseason, Belichick had a nearly blank slate at the position. Yet the Patriots bypassed all quarterback options in last year's draft, instead choosing to sign Cam Newton in June.

Newton largely struggled in his first year at the helm of a new offense, throwing for just eight touchdowns with 10 interceptions as New England stumbled to a 7-9 record. But the Patriots re-signed him to a one-year contract in March.

NFL DRAFT TRACKER: Instant analysis on every pick in the first round