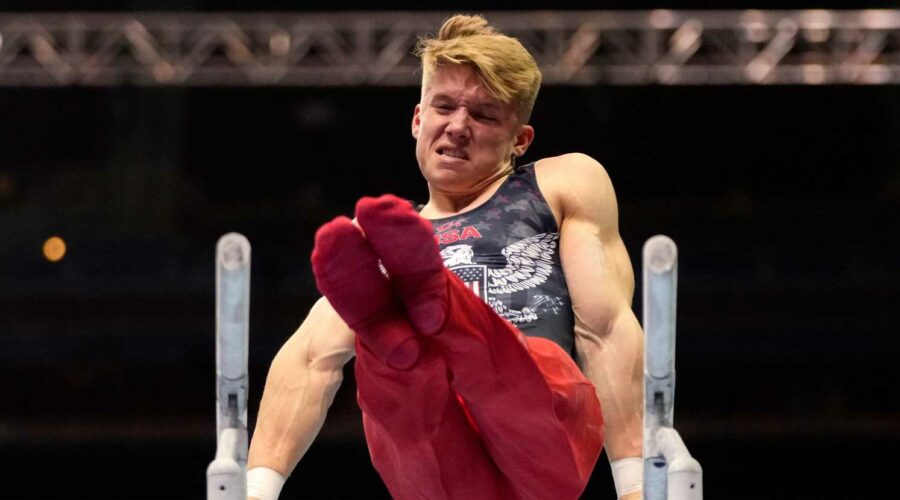 ST. LOUIS — The Minnesota athletics department would have been better sitting this one out.

No sooner had Shane Wiskus been introduced as a member of the U.S. men’s gymnastics team for the Tokyo Olympics on Saturday night than the department posted a congratulatory Tweet. Complete with not one, not two, but three photos of Wiskus competing in his Minnesota uniform.

A uniform that now qualifies as a relic, given Minnesota’s decision last fall to cut its men’s gymnastics team.

“I have a lot of things in my head right now,” Wiskus said when he was asked about the Tweet.

Congratulations to #Gophers alum Shane Wiskus on earning his spot on @USAGym’s Olympic Team! This will be Shane’s first Olympic Games! pic.twitter.com/kHW8i6nELF

Wiskus was among the most vocal critics after Minnesota announced in October that it was cutting three men’s sports – gymnastics, tennis and indoor track – and he hasn’t backed off an inch. When Stanford reversed its decision to cut 11 sports last month, Wiskus took a screenshot of the announcement and sent it to Minnesota athletic director Mark Coyle.

You can be sure a few more nastygrams are in store.

“I have not had time to look at my phone quite yet,” Wiskus said, less than an hour after learning he was going to Tokyo. “We'll definitely have to send Mr. Mark Coyle a message or two.”

OPINION: Biles is going to push gymnastics limits – no matter what judges say

Coyle said COVID-19 was partially to blame for his decision to cut the three sports, saying the pandemic had decimated Minnesota’s budget and left the Gophers with a shortfall of between $45 million to $65 million. Now, I’m no math genius, but I fail to see how cutting a gymnastics program with a $750,000 budget does much to wipe out that big of a deficit.

Especially when, four months later, you hire a basketball coach who you will pay almost $2 million a year. And have a football coach who made almost $4.3 million last year.

But that’s just me.

27/06/2021 Business Comments Off on Opinion: Tokyo-bound Shane Wiskus shows Minnesota what a mistake it made in cutting men’s gymnastics
Markets