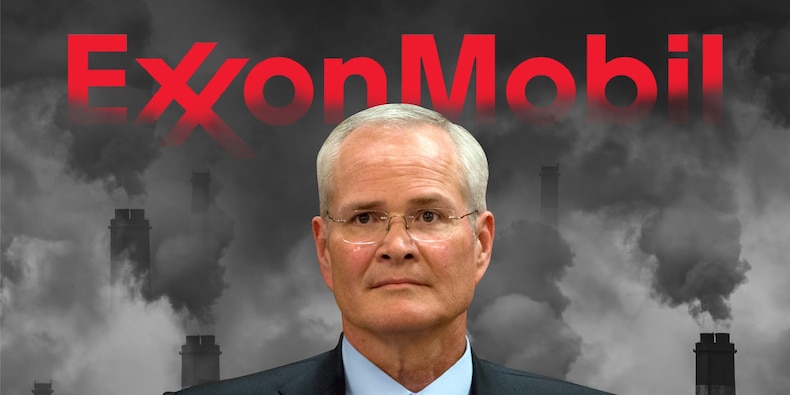 Wednesday was tough for the world's biggest oil companies.

First, a court in the Netherlands ruled that Anglo-Dutch oil giant Shell has to rapidly increase the rate at which it cuts its carbon emissions. It was a landmark legal case that could lead to similar rulings.

Then, shareholders went against ExxonMobil's management and backed an activist investor group to elect at least two new board members. The group said the company's continued focus on fossil fuels means it faces "existential risk."

Meanwhile, shareholders in Chevron voted for a resolution calling for the US's second-biggest oil company to substantially reduce its emissions from the products it sells.

Total is the next company to face shareholder pressure, with voting underway on Thursday on the French oil major's climate policy. Greenpeace France and other groups are urging shareholders to vote against the blueprint and have criticized its plans for new oil projects.

"Seismic votes at Exxon and Chevron send a clear message: shareholders can force real action on climate, if they have the courage of their convictions," said Lucie Pinson, founder and executive director of campaign group Reclaim Finance.

Investors reacted cautiously to the announcements, with Shell, ExxonMobil, Chevron and Total all down around 1 to 2% by early afternoon in Europe on Thursday.

Read more: Citigroup is zeroing in on clients moving towards clean energy in what a senior banker described as a 'super-mega trend'

But executives at the oil majors were given a jolt. Darren Woods, chairman and chief executive of Exxon, said: "We heard from shareholders today about their desire to further these efforts, and we are well positioned to respond."

All the more concerning for Exxon was that huge institutional investors such as BlackRock voted with small hedge fund Engine No. 1, which put forward new directors. BlackRock said: "Exxon's energy transition strategy falls short of what is necessary to ensure the company's financial resilience in a low carbon economy."

BlackRock cited the International Energy Agency's 2050 net zero report, which said earlier in May all new fossil fuel projects must stop if the world is to limit global warming to 1.5C (2.7F). Campaigners said the report appeared to have encouraged shareholders to step up their focus on climate issues.

Yet there were signs that the oil majors will not let campaigners and activists have it all their way. Shell said it intended to appeal the "disappointing" Dutch court ruling that said the oil company must cut emissions by 45% from 2019 levels by 2030.

"Urgent action is needed on climate change which is why we have accelerated our efforts to become a net-zero emissions energy company by 2050, in step with society," a Shell spokesperson said.

Total has also committed to being carbon neutral by 2050 or sooner. But activists say that, although the European oil majors have made stronger commitments than their US peers, they still need to be doing more.

Reclaim Finance said the big oil firms must halt all new fossil fuel projects, in line with the IEA's recommendations.