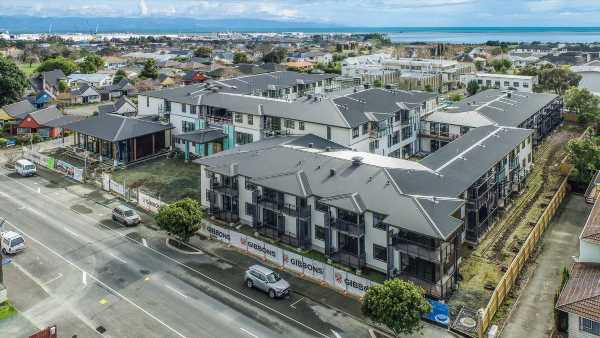 The business made operating revenue of $175.4m and has changed its balance date from May 31, 2020 to March 31, 2021 so only reported on that shorter period today due to that swap-over.

Sales volumes of villas, apartments and care sites were 26 per cent up on last year’s result.

Occupancy increased to 92.4 per cent compared to last year’s 91.7 per cent and Oceania finished 217 new units and care suites in the latest period.

Operating cash flow of $96m was down on last year’s $99.4m but total assets rose 22 per cent to $1.9b, “primarily due to significant capital expenditure and reversal of Covid-19 related property valuation assumptions”, the company said.

The listed business has raised $100m new capital via an $80m share placement and a $20m retail offer and is continuing to grow, having bought two new Auckland sites at Hobsonville Point’s Waterford and Franklin.

Shareholders will get a dividend of 2.1 cents per share on June 22.

Pattison said the company had a focus on delivering more upmarket or premium care suites: these are like super-sized, flash hospital rooms, privately occupied by one elderly person, often at the end of their lives.

Residents can be charged $2000 or more a week to occupy such rooms – a far cry from nursing homes and the old-aged homes of some decades ago.

These care suites are within existing retirement villages but in the hospital or higher-care divisions.

“Oceania is continuing to focus on its premium care strategy,” the company said today.

Pattison said: “The execution of our premiumisation strategy is a critical driver of underlying performance. Approximately 55 per cent of our care portfolio is now premium beds or care suites, compared to 34 per cent at the time of our IPO in 2017.

“For the 10 months to March 312021, Oceania generated premium care revenue 12 per cent higher than premium revenue for the full 12 month period to May 31 last year,” Pattison said.

Oceania has 847 premium care suites in its villages, selling those under occupation rights agreements which Pattison said ranged from around $200,000 each to around $350,000 in Browns Bay’s The Sands. That is one of its most upmarket villages, built overlooking the road opposite the beach.

There, premium care suites have decks overlooking the ocean, glazed balustrades for uninterrupted views from beds, rooms for carers or family beside the bedroom and are much larger than traditional hospital rooms in retirement villages.

“As the resident’s needs increase, they don’t have to be disrupted,” he said of Oceania offering a continuum of care.

Asked if he could say that when it is district health boards that assess the needs of patients, not retirement village operators, he said: “The residents can still go into our care suites. It’s a matter of whether it’s paid for by the Government or co-payment.”

He was referring to the state residential long-term care subsidy, paid if a person’s assets do not exceed certain thresholds. That subsidy can be around $1200/week for a high-needs elderly patient in a retirement village or rest home. But the patient will only get the subsidy if the district health board assesses them as needing long-term residential care.

Pattison said Oceania would have around 5500 care suites in the next three to five years and this is a big area of growth for the business.