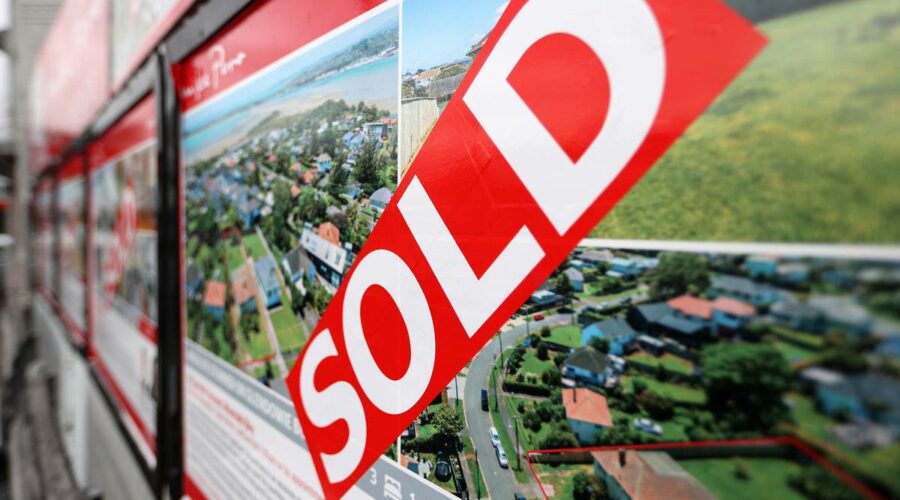 “The RBNZ is getting a wriggle on with interest rates so we now see a deeper 8 per cent fall in house price inflation by the end of this year, and only a lacklustre recovery in late 2023.”

ASB had previously forecast a 6 per cent fall.

Westpac chief economist Michael Gordon said house prices were “falling faster than both we and the Reserve Bank assumed”.

The house price index fell by 1.4 per cent in seasonally adjusted terms, and over the last four months is down by 4.7 per cent from its peak, he said.

Prices were now falling across most regions, with the exception of Otago, Gordon said.

The biggest decline was in Wellington – down by 7 per cent from its peak, reflecting the fact that this was the most overheated market during the run-up in 2021.

“Property owners are coming under increasing pressure. The cost of living is rising rapidly, pay rates aren’t keeping up, mortgage interest payments are rising, and the house is no longer doing the saving for them,” Gordon said.

“This is, however, a necessary part of the economy’s adjustment process. Together these forces will have a significant braking effect on consumer spending, and ultimately the extent of demand-driven inflation pressures.”

ASB’s Jones said he’d expected to see some recovery in housing activity in March as lending conditions had eased up marginally.

“Importantly, there was no sign of this,” he said.

“March is the seasonal peak in housing transactions. Raw sales numbers might
have bounced, but we estimate that seasonally-adjusted house sales fell another 5.8 per cent over the month, the fifth straight fall.”

Housing activity was now the slowest it had been since the first set of lockdowns in autumn 2020, he said.

Yesterday’s 50 bps hike to the Official Cash Rate and the RBNZ’s “get cracking earlier mantra” had crystallised the downside risks around ASB’s earlier forecasts, Jones said.

One potential side-effect of a deeper housing slump was that interest rates might not have to rise so far, said Westpac’s Gordon.

“Both we and the Reserve Bank were anticipating a fall in house prices as mortgage rates rose, but the last few months show that this is happening a little sooner and faster than expected,” he said.

“That’s crucial to the outlook for interest rates – we’ve long emphasised the importance of the housing channel for monetary policy. The fact that higher interest rates are getting traction is consistent with our view that the OCR may not need to reach as high as the RBNZ has projected.”

ANZ’s Miles Workman cautioned that that emotive nature of the housing market (or what he called its ‘animal spirit’) made it difficult to predict.

“The big picture for the housing market is pretty straightforward. Supply is rising (both new builds and listings), while demand is slipping, as headwinds such as higher interest rates bite,” he said.

“That’s the clear broad direction, but gauging the likely timing and magnitude of house price falls isn’t so easy… the ‘animal spirits’ component of the housing cycle can be wild!”

“FOMO (fear of missing out) appears to have given way to INPT (I’m not paying that) aka FOOP (fear of over paying) aka FOBAP (fear of buying at peak),” Workman said.

“No matter the acronym, it’s all the same: animal spirits have changed direction. And that has the potential to surprise even the best house price models.”