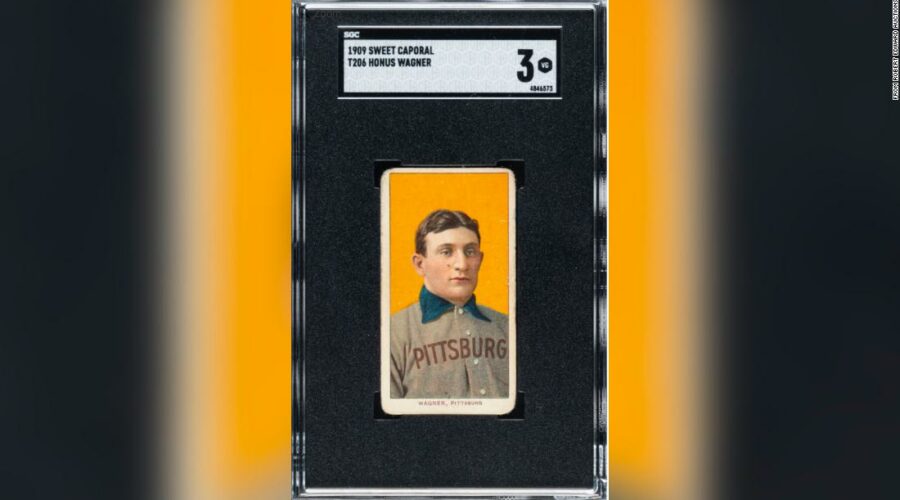 New York (CNN Business)A Honus Wagner baseball card, the most famous and among the rarest sports trading cards in the world, sold at auction Monday morning for a record $6.6 million. That blew away the previous record — a 1952 Topps Mickey Mantle card, which auctioned earlier this year for $5.2 million.

An unnamed East Coast collector bought the card from Robert Edward Auctions. According to the auction house’s website, the T206 baseball card was issued between 1909 and 1911 with cigarette packs. The card sold in auction was discovered in 1973 in New York and was “one of the first (if not the first) documented public auction sales of a Wagner.” It later sold for $1.2 million in 2012, with its valuation dramatically increasing since then. 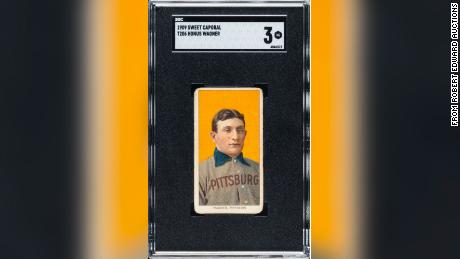 “The rarity and the legend of the T206 Honus Wagner, coupled with the quality of this example, excited bidders who recognized it may be a very long time before an opportunity like this came around again,” Robert Edward Auctions said in a statement.

The card was released as Wagner was on his way to winning his seventh batting title and about to lead the Pirates to their first World Series win. It’s garnered such a place in baseball history that it has its own plaque at the Hall of Fame in Cooperstown.

Perhaps most notable about this baseball card is that it’s one of the rarest in existence. The auction house said it “would not at all be surprising if this example is the last of the high-grade Wagners to appear at auction publicly for many years to come.”

Very few cards of the Pittsburgh Pirates player were printed, although the history remains murky. There are only about 50 Honus Wagner T206 cards in existence. The card is in such short supply because Wagner made the American Tobacco Company recall it, after he discovered it had made the card without his permission. He didn’t want kids to buy cigarettes, a previous auction house said about a decade ago.
Collectibles, such as comic books and trading cards, are increasingly growing in value for investors. For example, an “exceedingly rare” copy of a comic book that introduced Superman for the first time sold in April for $3.25 million.