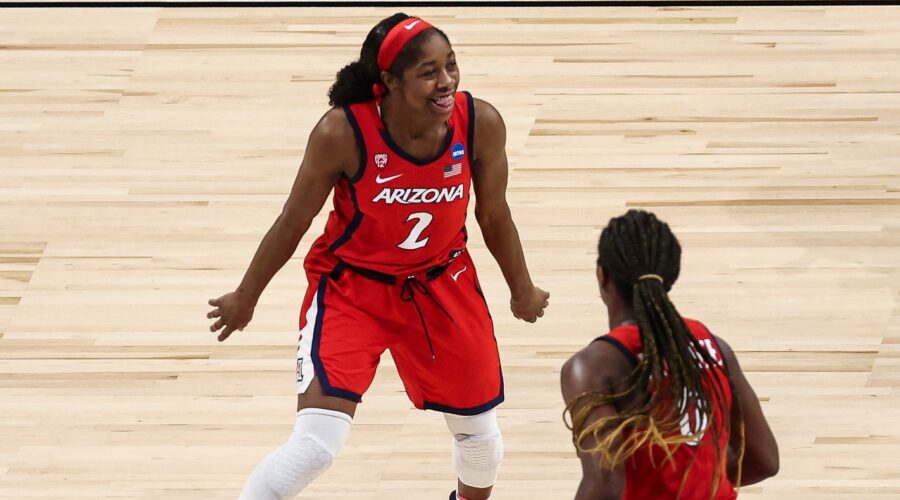 Adia Barnes had some glory days as a player at the University of Arizona. Now she's experiencing success in a another realm — that of coach.

Barnes' tenacious Wildcats advanced to the NCAA Elite Eight for the first time in history turning back No. 2 seed Texas A&M 74-59 Saturday night in Mercado Region play at the Alamodome in San Antonio.

Once again it was senior All-American Aari McDonald heading the effort with 31 points — highlighted by six 3-pointers — which extended her streak of games scoring in double digits to 90 games. She did that easily with 19 points in the opening half alone. For good measure she also had five rebounds and two steals.

The team's appearance in the Sweet 16 was the school's first since 1998 when Barnes was a player. Earlier in the week McDonald, the Pac-12 Player of the Year, said her team was not content just getting to the Sweet 16. That showed as the Wildcats used a third-quarter surge to take a lead that was never in doubt.