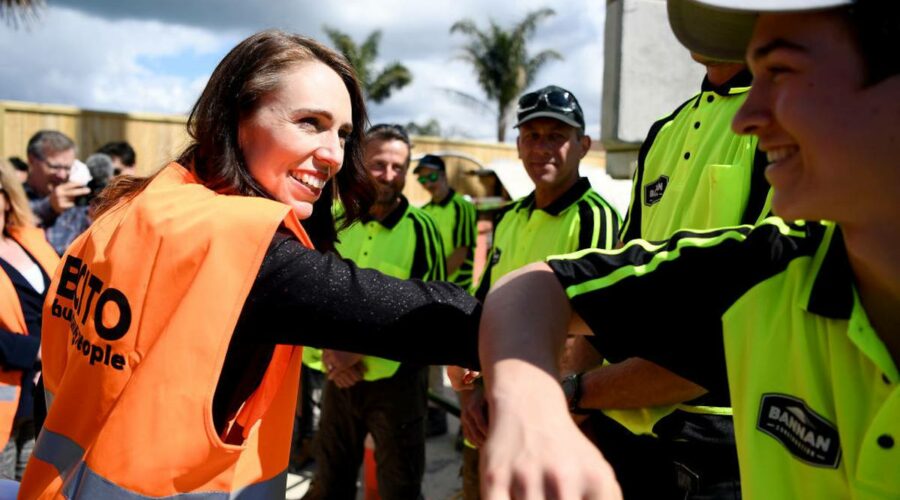 When Janet was forced to move out of her rental property in Auckland in 2019 because of asbestos contamination, she joined tens of thousands of New Zealanders caught in the grip of a chronic housing crisis.

“We stayed in a leaky caravan for a bit and on friends’ couches and were only able to access emergency accommodation following a referral from an MP,” said the mother of three.

Janet, who does not want her full name published for fear of being blacklisted by landlords, says rents are sky high and there is not enough social housing to meet soaring demand.

More than three years after Jacinda Ardern was elected prime minister on a platform of tackling the housing crisis and inequality, many experts say the situation has only become worse.

“We’ve probably seen the biggest widening of wealth distribution that we have ever seen in New Zealand between people who own houses and those who don’t,” said Arthur Grimes, professor of public policy at Victoria University of Wellington.

Ms Ardern was re-elected in a landslide in October, as popular support surged for her adroit handing of the coronavirus pandemic and other crises. But analysts warn a failure to deliver on earlier promises could alienate voters.

“The Labour government came in fully intending to build houses. I’m not sure if it was naivety but it hasn’t happened,” said Jan Rutledge, general manager of De Paul House, an emergency housing service in Auckland.

New Zealand’s social housing waiting list has more than tripled to 21,415 since the 2017 election and rental prices have continued to outpace wage growth, with median rents climbing by 30 per cent since 2015. The homelessness rate is the highest in the OECD, although definitions of homelessness vary among the 37 member club of wealthy nations.

House prices have surged almost 20 per cent in the 12 months to the end of October, when the median cost of a home in Auckland surpassed $1m (US$721,000) for the first time, according to Real Estate Institute of New Zealand data. Record-low interest rates, a housing supply crunch and an economic rebound following the nation’s success suppressing Covid-19 have fuelled the increase, say analysts.

Census data published this month show home ownership rates fell to a 70-year low of 64.5 per cent in 2018, with more than half of new mortgage holders in Auckland this year borrowing more than five times their incomes.

The rise in house prices has alarmed the Ardern government, which asked the Reserve Bank of New Zealand last month to consider adding housing costs to its monetary policy remit.

Adrian Orr, RBNZ governor, rebuffed the request, warning that adding house prices could lead to below-target employment and inflation. Instead, he asked the government to hand the central bank the power to set debt-to-income limits on mortgage lending — a tool that could ease prices but would make it even more difficult for first-time buyers.

Prof Grimes said low interest rates and stimulus were short-term drivers of the crisis, but longer-term challenges such as insufficient housebuilding and high immigration have not been adequately addressed. Planning regulations in most cities are strict and it is hard to get land released, which makes it costly to develop new houses. In addition, successive governments of both main parties have balked at introducing land taxes or capital gains taxes for fear of alienating middle-class voters.

“Planners run the show and they don’t really think about the economics of what they are doing,” he said.

The prime minister has even suggested that the public bears some responsibility, noting her government has attempted to introduce tax measures such as a capital gains tax but gained little public support. “The appetite for some of these policies also needs to come from the public,” she told TVNZ.

Grant Robertson, finance minister, defended the government’s stance, saying Labour had inherited the housing crisis and was always clear it would take longer than a single term to fix it.

However, flagship initiatives such the Kiwibuild policy have failed to meet expectations.

The $2bn scheme was launched in 2017 to build 100,000 affordable homes within a decade for first-time buyers. But the target was abandoned within 18 months and the scheme “reset” because of poor take-up and the need to pursue alternatives focused on low-income families, including “rent to buy”. Just 602 homes were delivered by August 2020.

“Clearly the place the housing market was at didn’t perform to the expectations. But we have reset that and are working closely with developers and others to see mixed development take place and build new partnerships,” said Mr Robertson.

That includes demand-side measures such as banning foreign buyers and requiring investors to pay capital gains tax on properties sold within five years of acquiring them. The coalition is building more homes than any government since the 1970s, he added, noting a target to build 6,400 social homes by 2022.

For the 39 families living in emergency housing at De Paul House, a solution cannot come fast enough. Analysts say the same is true for Ms Ardern’s Labour party, which will face voters again within three years — and this time may be punished for failing to deliver.