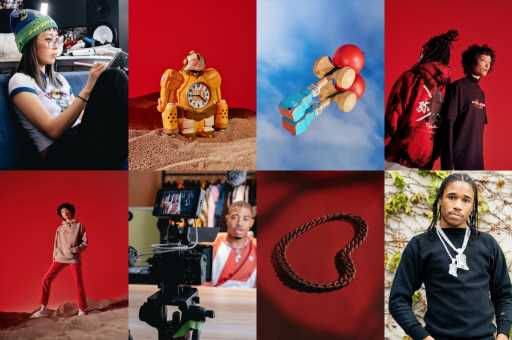 The site, Netflix.shop, features items like Lupin throw pillows ($60), Yasuke anime hoodies designed by Hypwear’s Jordan Bentley ($74). While the site’s initial offerings are limited, the shop will soon expand to include items for shows like Bridgerton, Money Heist, The Witcher and Stranger Things. For now, the retail operation is up and running in the U.S. only, but it will reach global territories in the coming months, the company said.

Josh Simon, Netflix’s VP of consumer products, joined the company in 2020 after a stint at Nike. He addressed the store opening in a blog post. “We’re thrilled to give fans a new way to connect with their favorite stories,” he wrote, “and to introduce them to the next wave of artists and designers who embrace the power of storytelling in all its forms.”

While it remains the dominant player in streaming, with 207 million global subscribers, Netflix does not have the same makeup as other streaming players. Some divisions of traditional rivals like Disney, WarnerMedia, NBCUniversal and ViacomCBS, like linear TV networks, are distractions that Netflix doesn’t have to deal with.

Yet those companies have mature and lucrative consumer products operations capable of providing significant contributions. Many individual properties can bring in billions in revenue and offer synergistic opportunities in theme parks and other settings. Netflix has steadfastly insisted it has no plans to introduce advertising into its service, but it is looking for ways to diversify its revenue to lessen its dependence on subscriptions.

Netflix’s approach to consumer products differs from the traditional strategy. Media companies, licensees and retailers have historically placed risky advance bets on the appeal of products set to arrive months later at critical times, like the end-of-year holidays. Due to fickle consumer tastes and the unpredictable nature of how film and TV titles will perform, the approach has often led to white-elephant items going unsold.

By contrast, Netflix plans to look to compress the development cycle and more nimbly and selectively leverage titles delivered by the company’s massive content machine. As certain shows or films gain traction, as evidenced by indicators like social media buzz, the company hopes to be able to quickly cash in on customer appetites.

A number of online and physical retailers have already trafficked in Netflix merchandise, but the company has not previously had an official effort. Since starting to develop popular franchises, though, the company has signaled an interest in pursuing consumer products. On the company’s quarterly earnings interview in October 2017, then-CEO (now Co-CEO) Reed Hastings and content chief (now Co-CEO) Ted Sarandos donned Christmas sweaters over their business attire. Festooned with garish print and twinkling lights, the garb was part of a suite of Stranger Things goods produced via a licensing deal with Target.

“We’re learning how to do merchandising,” Hasting said. “You, too, can have one of these ugly sweaters,” Sarandos added. “It really celebrates the show in a great way.”