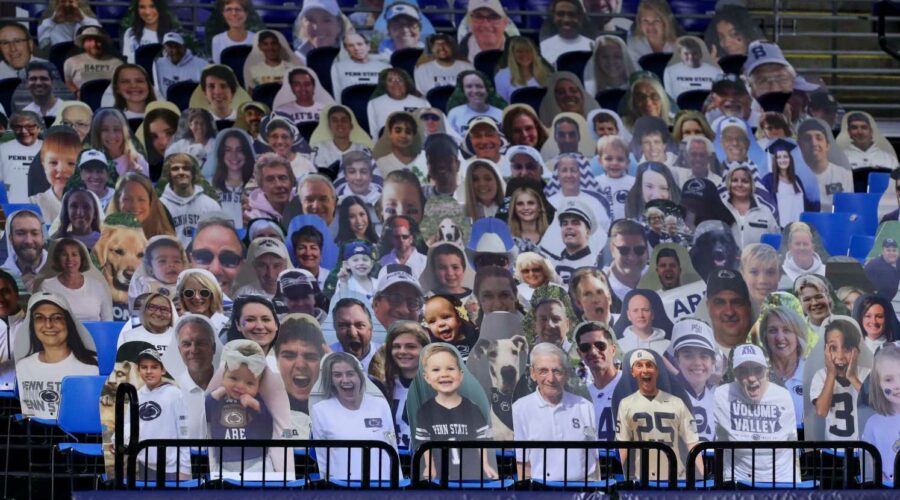 Fan cutouts have been a sports world staple ever since leagues returned to play during the ongoing coronavirus pandemic.

The NCAA Final Four will be no different, even as fans are being allowed into stadiums and arenas in increasing numbers.

The NCAA unveiled a fan cutout plan Thursday, allowing college basketball supporters to be represented during the men's Final Four at Lucas Oil Stadium in Indianapolis.

Last month, the NCAA announced that a limited number of fans (25% capacity) would be allowed to attend men's and women's college basketball tournaments. That decision was made in conjunction with state and local health authorities.

The Final Four fan cutouts would be interspersed with the limited fan seating available for the games, all of which will be held in Indiana.

The cutouts are available for purchase for $100. Proceeds from the fan cutout program also will support two important causes: the United Way’s Central Indiana COVID-19 Recovery and Rebound effort and Hilinski’s Hope, a national nonprofit promoting awareness and education of student-athlete mental health and wellness.

"As we seek to continue to engage fans during the Men's Final Four, we want to make an impact beyond improving the atmosphere in the venue," NCAA President Mark Emmert said in a statement. "Each purchase supports an important cause, whether locally with COVID-19 relief in Central Indiana or nationally by supporting mental health initiatives for student-athletes across the country. It's another opportunity for us to think creatively and provide a meaningful experience during this historic event."

BRACKETOLOGY: Which No. 2 seeds can steal a No. 1 seed on Selection Sunday?

HOOSIER HYSTERIA: Indiana about to see 169 basketball games in 33 days