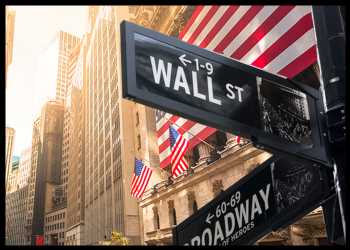 The major U.S. stock indexes have moved in opposite directions in morning trading on Monday, with the tech-heavy Nasdaq showing a significant advance and the Dow edging modestly lower. The mixed performance comes after the major averages all ended last Friday’s choppy trading moderately higher.

The jump by the Nasdaq comes amid a spike by shares of Twitter (TWTR), which are soaring 22.7 percent after a Securities and Exchange Commission filing revealed Tesla (TSLA) CEO Elon Musk has taken a 9.2 percent stake in the social media giant.

The tech-heavy index is also benefiting from notable strength among computer hardware and semiconductor stocks, with the NYSE Arca Computer Hardware Index and the Philadelphia Semiconductor Index both climbing by 1.2 percent.

Within the hardware sector, Computer peripheral maker Logitech (LOGI) is posting a standout gain after Goldman Sachs upgraded its rating on the company’s stock to Buy from Neutral.

Meanwhile, the modest drop by the Dow comes amid notable declines by McDonald’s (MCD), Procter & Gamble (PG) and Boeing (BA).

Utilities stocks have also moved to the downside on the day, dragging the Dow Jones Utilities Average down by 1.6 percent. The average is giving back ground after ending the previous session at a record closing high.

Traders are also keeping an eye on developments in the ongoing war between Russia and Ukraine, as the conflict continues to impact energy prices.

Ukraine has accused Russia of carrying out a “massacre” in the town of Bucha, and Western nations have reacted to images of dead civilians with calls for new sanctions on Russia.

In U.S. economic news, a report released by the Commerce Department showed new orders for U.S. manufactured goods decreased in line with economist estimates in the month of February.

The Commerce Department said factory orders fell by 0.5 percent in February after surging by an upwardly revised 1.5 percent in January.

Economists had expected factory orders to decrease by 0.5 percent compared to the 1.4 percent jump originally reported for the previous month.

The major European markets have also moved to the upside on the day. While the U.K.’s FTSE 100 Index has edged up by 0.2 percent, the German DAX Index and the French CAC 40 Index are both up by 0.4 percent.

In the bond market, treasuries are extending the pullback seen in the previous session. Subsequently, the yield on the benchmark ten-year note, which moves opposite of its price, is up by 5.3 basis points at 2.430 percent.