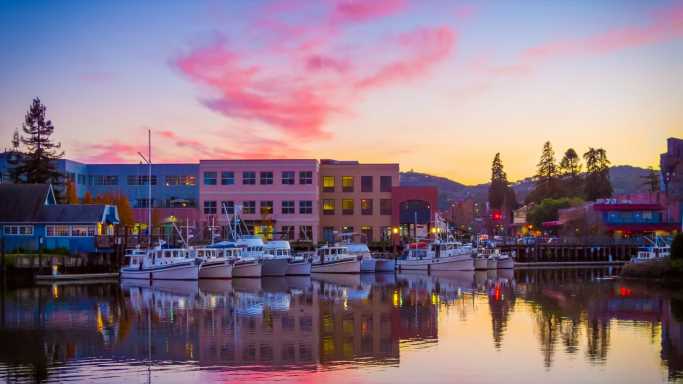 The median price of a single-family dwelling across the country today, according to the real estate website Zillow, more than doubled between 1999 and this year, from $111,000 to $269,039. With that in mind, you might consider a house costing $500,000 or more to be a luxury abode.

Reviewing data from the U.S. Census Bureau’s 2019 American Community Survey (ACS) five-year estimates, 24/7 Wall St. has identified the 25 cities where it would be difficult if not impossible to find a house for less than $500,000. (We ranked only census-designated places, cities, and towns with at least 50,000 residents.) All data comes from the ACS except percent of population change, which we calculated using ACS data.

It might come as no surprise to learn that the overwhelming majority of those cities — 22 out of the 25 — are in California. No wonder they call it the Golden State.

The top two slots on our list are occupied by the Sonoma County town of Petaluma and the Oakland suburb of Castro Valley, in both of which all homes are worth $500,000 or more. But less expected places like Franklin, Tennessee, and Syracuse, New York, also have a large percentage of homes in the $500,000 range and up. (See the most (and least) expensive states to buy a home.) .

Click here to see where most homes are worth more than 500k.