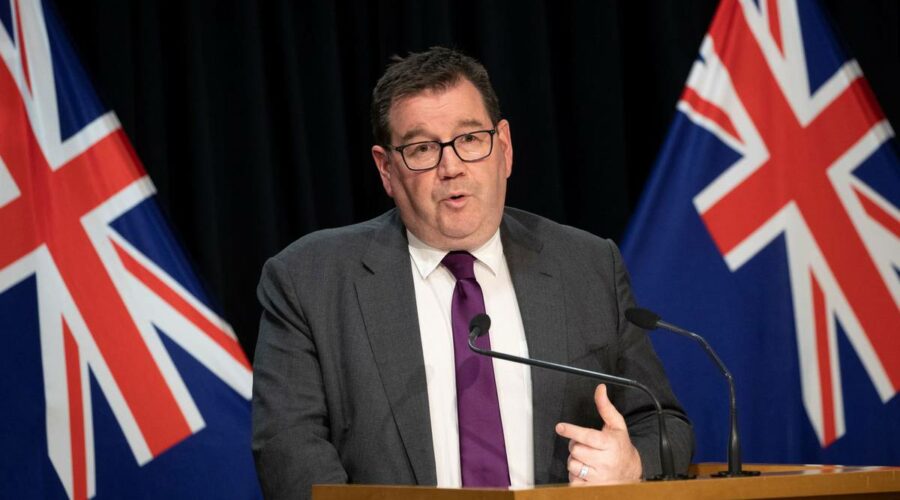 Two-thirds of New Zealand business leaders say they are concerned that the $62 billion Covid response and recovery funds are being used wider than initially understood.

The Government’s latest financial update showed there was just $5.1b left unallocated for any future health and economic response needed in case of a further Covid-19 resurgence.

Criticism has been lobbed at the Government for tapping the response and recovery fund for increasingly tangential “Covid recovery” spending.

“The fund itself was a great initiative,” says Cameron Bagrie managing director of Bagrie Economics.

“The deployment to where needs questioning. A major issue is how much of that fund is now permanent spending as opposed to temporary use of fiscal policy.”

“A lot of it is very low-quality spending,” says Datacom chair Tony Carter.

Many of those who responded to the Herald’s CEOs survey expressed specific concerns that the spending is not on high-quality projects.

“There seems to be little control over where this is targeted, or oversight on its effectiveness,” says Federated Farmers chief executive Terry Copeland. Professional director Craig Stobo shares similar concerns, asking: “Do we really have good, measured information on the status of this spending?”

Another director suggests there should be a complete recase of the numbers to reflect the actual reality, since “the fund was set when Treasury’s projections for the economy were significantly different than what has unfolded”.

More than $4.5b was given out to various recipients in the 2021 Budget announcement: $3.8b was given to the Housing Acceleration Fund, designed to increase the supply of houses by accelerating the pace and scale of construction to ease the struggle of first-home buyers to enter the market.

Immigration received $173m to enable the continuation of core immigration services that have been impacted by Covid-19.

Other projects awarded funding include on-board cameras on commercial fishing boats, and a $500m towards an extension of the school lunches programme — which was a project of particular concern to CEOs.

“Far too many stories of wasted food, an initiative that I believe was a backward step to socialism’s need to have populations reliant on government,” says a serial entrepreneur. “There are better ways to address this that don’t load the taxpayer with a UK operation devised during WWII for vastly different reasons.”

Says a logistics boss: “It is wasteful — there is no such thing as a free lunch”.

But others are less concerned. “Yes, I do think it is being used more widely, but I don’t think at this stage that I have a concern about its use.”

This view was supported by some 20 per cent of survey respondents who said they are not concerned; 17 per cent say they are unsure.

Three weeks ago, Finance Minister Grant Robertson announced that the impact of a stronger economy — reflected in the Government’s books, with lower deficits and debt position than had been predicted — has given sufficient fiscal headroom to top up the fund.

“Ministers have decided to use the greater fiscal headroom to top up the Covid-19 Response and Recovery Fund (CRRF) by an extra $7b,” Robertson said.

That is on top of $3b that remains unspent.

“We have already boosted support to business in this lockdown and the extra funding will be targeted at further economic support as well as building resilience in our health system, supporting the vaccination rollout and border and MIQ provision,” said Robertson.

“We are in a strong economic position to protect lives and livelihoods and plan for the gradual and careful opening up of New Zealand to the rest of the world to secure the recovery.

“Our focus remains on keeping New Zealanders safe, accelerating the recovery and dealing with long-standing issues such as climate change, housing and child wellbeing, despite the uncertainty and volatility globally around the ongoing impact of Covid-19.”

In 2020, the Government allocated a total of $62b to support the Covid recovery through an initial $12.1b support package in March and the $50b Covid-19 response and recovery fund unveiled in May.
This funding was to pay for pandemic-related expenditure, including the wage subsidy scheme to help employers recover from the effects of Covid-19.

The fund also gave a $1.6b to boost apprenticeships and industry training, $1.1 billion to get New Zealanders into jobs focused on restoring the environment, and $3.3b for infrastructure, on top of the $12b infrastructure package announced earlier in 2020.

10/10/2021 Business Comments Off on Mood of the Boardroom: How effective is the Covid-19 Recovery Fund?
Markets