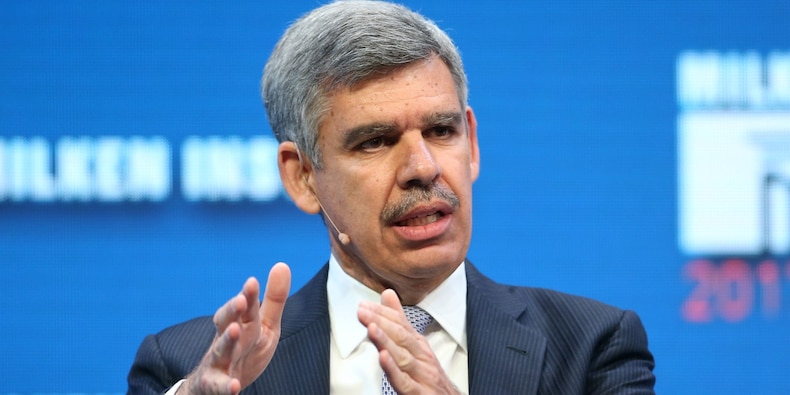 China is cracking down on cryptocurrencies because it's worried crypto could threaten national security and economic and financial stability, top economist Mohamed El-Erian said in a Sunday Bloomberg op-ed.

Several countries, including China and the UK, are considering issuing central bank digital currencies, showing that they're leaning towards the adoption of centralized currencies, he said.

"The more they advance on this, the greater the inclination they will have to make room for their own digital currencies by putting regulatory pressure on the attractiveness and viability of decentralized variants such as bitcoin," El-Erian wrote. "Indeed, this could well be a motivation behind China's recent anti-bitcoin actions."

"Long-standing concerns have focused on the facilitation of illicit payments, weak investor protection, the possibility of eroding the effectiveness of monetary policy and the loss of the seigniorage that comes with the widespread issuance and use of competing currencies," he said.

Bitcoin swung dramatically lower last week after China warned businesses about the usefulness of digital currencies and urged authorities to crack down on mining and trading. The digital asset fell as low as $30,000 last Wednesday.

Its price rose past $38,000 over the weekend after billionaire Elon Musk said in a tweet that in a battle between fiat and crypto, he supports the latter. Bitcoin was last trading around $36,400 on Monday.

Read More: eToro's most popular female investor says she's holding onto crypto stock and prefers Ethereum to bitcoin. She reveals the strategy that led 20,000 people to copy her portfolio.

From El-Erian's point of view, there is no connection between cryptocurrencies and more traditional asset classes like stocks, bonds, or commodities.

"While their loudest backers highlight their role as a decentralized global currency that will quickly proliferate in the payments and savings ecosystems, the ability to do so requires the type of institutional maturation and relative price stability that will take years to establish," he wrote.

Cryptocurrencies will also have to address the problem of high energy consumption, he added.

There has been significant growth in traditional hedge funds investing in bitcoin and other digital assets. Several of the new adopters intend to deploy more capital too.

El-Erian, who has bought and sold bitcoin, expects bitcoin's volatility to continue to persist due to a "tug-of-war" that could intensify within the public and private sector.