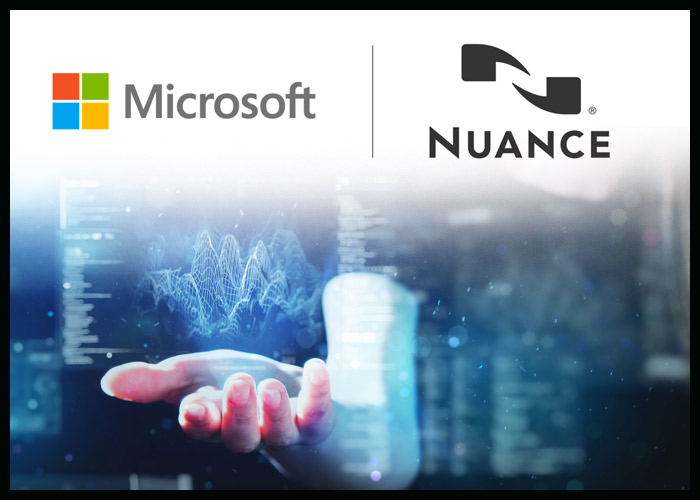 American tech giant Microsoft Inc. (MSFT) is going to get another green signal to its multi-billion dollar acquisition of artificial intelligence company Nuance.

Reuters reported Friday that the European Union will also allow the deal to go through unhindered. The decision is yet to be announced on December 21 and both parties have not commented on the subject.

Microsoft announced the deal in April and has already gotten antitrust approval in the United States and Australia. The approval from the EU will take the company one step closer to completing its second-largest acquisition after it bought LinkedIn for $26.2 billion back in 2016.

Nuance has been one of the most successful AI-based speech recognition tech makers in the country. It is famous for its Dragon speech recognition system. The company also collaborated with Apple Inc. (AAPL) in setting up Siri, Apple’s voice assistant. Presently, the company operates in 77% of the hospitals in the country, and by acquiring it, Microsoft will not only gain a lot of ground in its cloud business for healthcare, it can also use the company’s AI tech to make advancements in its research.

The Nuance deal was originally dubbed as a “killer acquisition” where larger companies kill minor competitors by buying them, the approval from three antitrust bodies will make Microsoft confident about the situation. However, Microsoft will still have to wait for the UK’s verdict on the matter which will be filed in January.

The leading tech companies have started to acquire smaller but niche companies lately. This does not only reduce competition but also helps the company incorporate the acquired company’s research into its own use. The breakdown of the payment is yet to be clarified but according to reports $3 billion of the fee will be used to clear the debt.