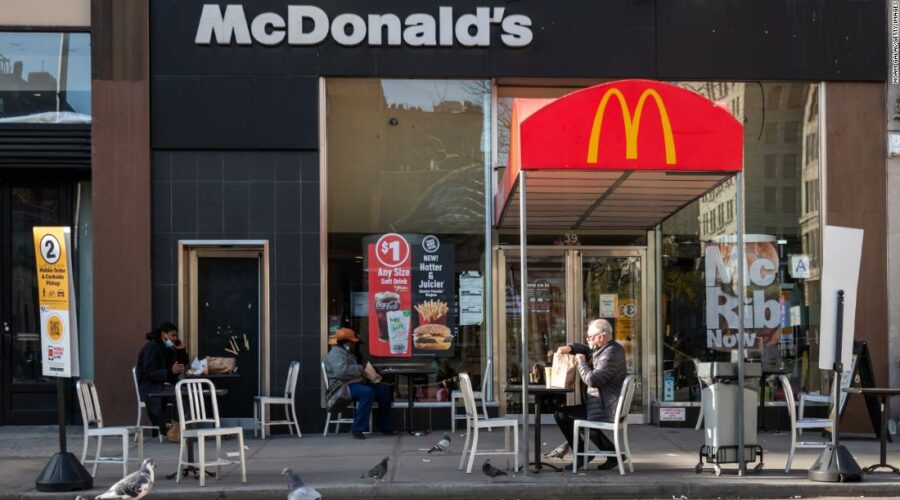 The program, called MyMcDonald’s Rewards, is only available on its app and gives customers 100 points for every dollar spent. People who sign up will automatically get 1,500 points after their first order using the program, which is enough points for a chicken sandwich, cheeseburger or a vanilla cone.
Once customers collect 3,000 points, they can be redeemed for 6-piece chicken nuggets or a large iced coffee. Large fries or a Filet-O-Fish can be redeemed at 4,500 points and a Big Mac or a Happy Meal is free at 6,000 points.

MyMcDonald’s Rewards was first announced last November as part of its new digital initiatives that includes automated order taking and express pickup lanes for people who placed digital orders. McDonald’s (MCD) currently offers a limited rewards program for coffee on its app. That deal is being rolled into the broader loyalty program.

Ultimately, the goal for McDonald’s and other brands with loyalty programs is to increase sales and lure in customers, ideally on a daily basis, by giving them reasons to choose them over their competitors. The programs also give restaurant owners access to customers’ data and ordering habits that help target diners with customized deals.

McDonald’s largest rivals, including Burger King, Chipotle, Starbucks and Wendy’s all offer loyalty programs. Executives at those chains all have credited their respective programs for boosting sales and downloads of their apps.
Source: Read Full Article

22/06/2021 Business Comments Off on McDonald's isn't known for fresh food. It wanted to change that
Markets