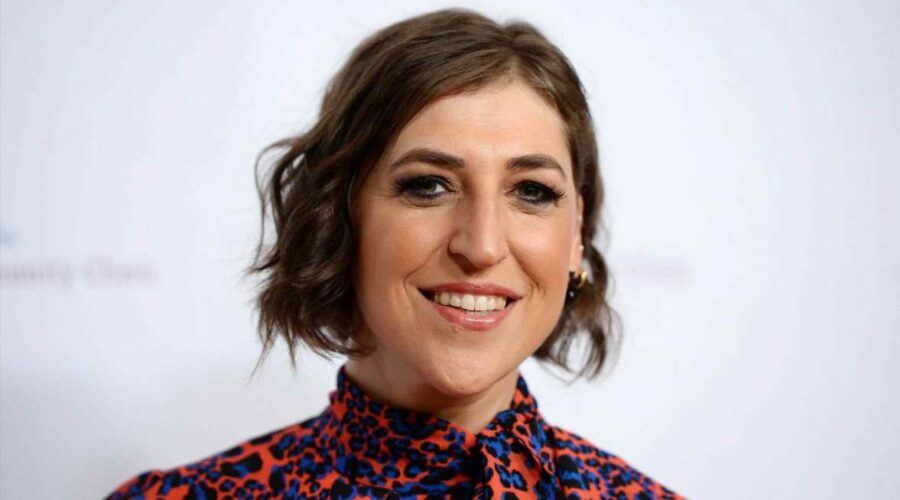 Mayim Bialik will be the first guest host of "Jeopardy!" following the short-lived tenure of Mike Richards, who left the role in a cloud of controversy.

Bialik, who in early August had been named the prime-time host for specials, including the upcoming "Jeopardy! National College Championship" tournament, is scheduled to tape for the program over the course of three days.

The game show typically shoots a week's worth of episodes in a single day, so it is expected that Bialik, a star of "The Big Bang Theory" and "Blossom," will host three weeks of the show's programming.

The news comes just days after Richards stepped down as the new host of the long-running trivia show after The Ringer reported on controversial comments he made in the past. Richards remains executive producer of the series.

According to CNN, Bialik is in consideration for the main hosting gig. When "Jeopardy!" executives and Sony were initially considering candidates for the role for this current season, Bialik was unavailable due to conflicts with her Fox sitcom "Call Me Kat," which she stars in and executive produces.

However, now that the studio is taking longer to consider a replacement for the late Alex Trebek and Richards, Bialik could be a "viable choice," a source familiar with the matter told CNN.

Ken Jennings, an author with the longest winning streak in "Jeopardy!" history and who posted the highest ratings of all the guest hosts that participated last season, is also being considered, reports say.

"I'm told by two show insiders that it's now Jennings' job to lose," wrote Matthew Belloni in his newsletter "What I am Hearing …" Belloni is a former Hollywood Reporter editor.

Fans of "Jeopardy!" who have been clamoring for the program to hire Burton for months were disheartened when Richards was given the hosting job and have reinvigorated their social media campaign for his appointment to the post.

Burton came to fame for his work on the miniseries "Roots" as well as for hosting the PBS series "Reading Rainbow" and appearing on "Star Trek: The Next Generation."

"Jeopardy!" has not announced who else will join the lineup for its new round of guest hosts.