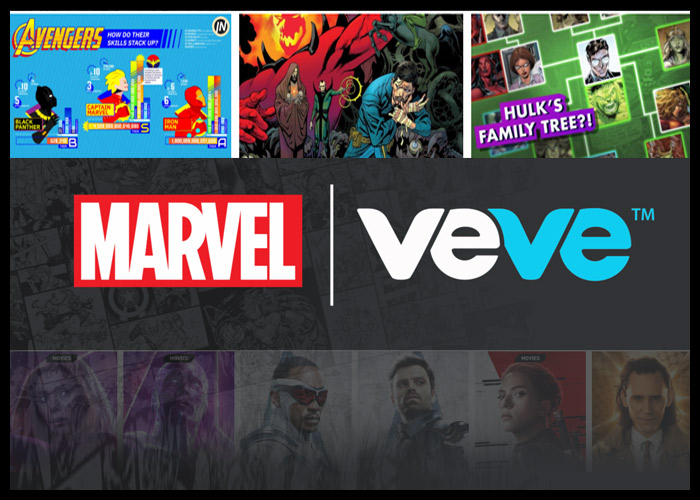 VeVe announced earlier this year its plans to be the first-ever carbon neutral NFT platform and committed to 100% carbon neutral NFTs, offering grants to environmental nonprofits to raise money for causes. The VeVe app also utilizes Blockchain’s distributed ledger technologies, which they estimate are more energy efficient than competitors in the market.

The VeVe Digital Collectibles App, available on iOS and Android, will enable Marvel fans to buy and collect a variety of Marvel NFTs, trade and hunt for rare NFT comic books and collectibles, and display their hard-earned collection through fully customizable virtual showrooms.

Fans can use VeVe’s in-app currency Gems to buy official Marvel NFTs or buy and sell Marvel NFT collectibles with others in VeVe’s secondary marketplace. Gems can be purchased by the user with their credit card via in-app payments, with the ability to cash out Gems if required.

Fans will also be able to share their own curated collections of photos, videos, and virtual showrooms with their friends and the fan community using the app’s features.

VeVe NFT digital collectibles are minted on the blockchain, which allows for an immutable record of authentication and allows fans to collect their digital products through a fun and engaging experience.

Since last December, VeVe has sold over 580,000 NFT digital collectibles to its growing user base of over 340,000 avid fans and has become one of the top apps in the entertainment category on the Google app store.