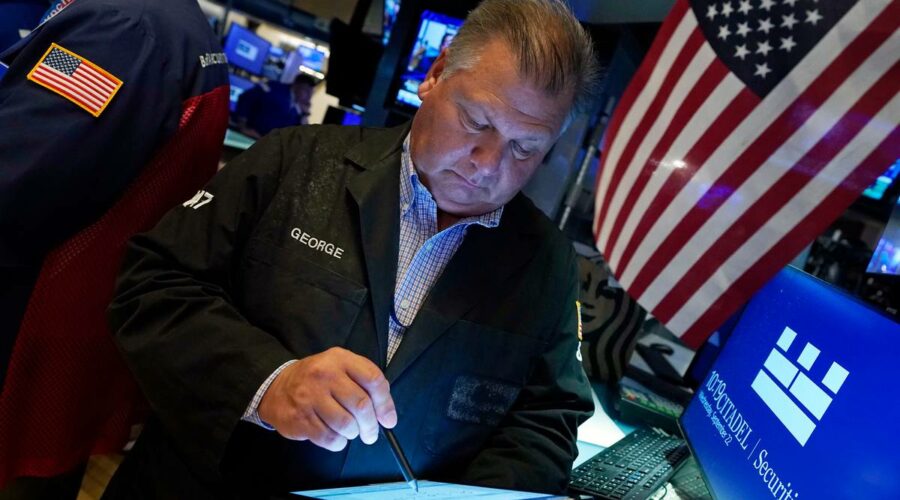 Thanks to the big market crashes of 1929 and 1987, October is traditionally viewed as a worrying month for investors.

“It is definitely a superstition, however it’s funny how these things can become a self-fulfilling prophecy over time,” says Pie Funds chief executive Mike Taylor of the October curse.

“Certainly if we look at how the northern hemisphere operates, they tend to take the month of August off”.

“They come back to work in September and it’s almost like a new year for them, and when you come back and there’s a number of risks on the table”.

This year there is no shortage of issues to worry investors.

Dominating headlines has been the impending collapse of Chinese property giant Evergrande.

Owing almost half a trillion US dollars, the company’s woes have undermined confidence in Chinese markets in the past two weeks.

But Taylor said he didn’t see it as another Lehman Brothers scenario- something it has been dubbed by some commentators.

Evergrande didn’t have the deep connections to other financial institutions, he said.

“It won’t lead to the type of financial crisis that we might fear.”

More broadly the Chinese Government’s increasingly heavy hand in markets was worrying some investors – especially in the tech space.

But this was one of a number of longer-term issues around China, including growing geo-political tension with the US.

The other more immediate issue stoking market fear was the prospect of the US Federal Reserve pulling back (tapering) its bond buying programme.

Last week, the Fed indicated it wanted to be finished tapering by the middle of next year, with a view to potentially lifting interest rates in the second half of 2022 or maybe early into 2023, Taylor said.

“Higher interest rates will not be good for growth stocks, so we could see the FANGS (Facebook, Amazon, Netflix and Google) coming under pressure,” Taylor said.

“I don’t think that’s what would trigger a correction in the market because it’s well flag that been talking about for a long period of time”.

For a meaningful correction we would need to see a distinct change in the expected path for inflation and interest rates, he said.

“What would cause that would be growth running faster than we expect or inflation remaining persistently high”.

That inflation risk was real with energy prices in the northern hemisphere surging in the past week.

China has also been experiencing power shortages as energy usage there soars due to factories firing up to meet increased global demand for goods.

“That is something to worry about, and of course we’ve got the supply chain bottlenecks that just aren’t going away.”

Those costs would get passed through to the consumer, he said.

“We’ve started to see a few profit warnings from some of the big companies around the world and that’s what markets will worry about more,” Taylor said.

“Will these higher costs, input costs, supply budget bottlenecks actually affect profits? If the profits are affected, then down the market will go.”