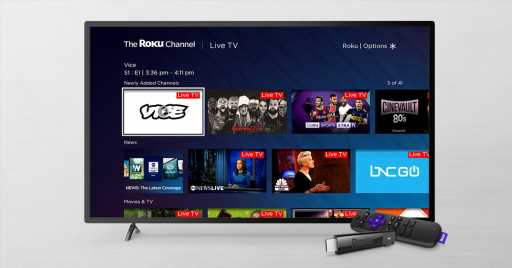 Roku founder and CEO Anthony Wood said the boom in streaming, even though it has prompted waves of consolidation, has been “awesome for Roku and for consumers.”

Wood made the remarks at Tribeca X, a half-day conference spanning tech, advertising and media held at the Tribeca Festival. Like the rest of the fest, it was an in-person affair, held on the roof of Spring Studios.

Asked about Amazon’s acquisition of MGM, Wood said the broader motivation of media and tech companies to boost their streaming efforts has been a net positive. “There’s so much selection now to choose from, there are so many new shows,” he said. “A lot of people thought, ‘There are too many subscription services.’ But we’re finding that people are signing up for multiple services and paying less than their cable bundle. They’re getting a tremendous amount of content.”

Because Roku takes a slice of all revenue generated by subscription services sold to its 54 million active users, the launches of HBO Max, Disney+, Apple TV+, Peacock and others has had material benefits.

Much of the 20-minute conversation focused on the Roku Channel, which launched in 2017 and has grown into one of the dominant ad-supported streaming platforms. While some premium services are sold via Roku Channel, its main business is promoting 40,000-plus movie and TV titles and nearly 200 live, linear channels.

The Roku Originals banner, which launched in May, is a major new initiative. Programming acquired from Quibi, the failed mobile-focused startups that launched and shut down in 2020, forms the foundation of Roku Originals in its early stage.

Asked if the innovative aspect of Quibi, which unsuccessfully sought to bring high-end production values to mobile, motivated the acquisition, Wood responded, “No, we just got a good deal. Quibi had great content with high production value at a price that was quite reasonable.”

Assessing the meltdown of Quibi, which launched with $1.75 billion in start-up capital, Wood said its subscription focus was the main flaw. Competing in mobile with YouTube, TikTok, Snapchat and other services, “it’s very hard to convince people to sign up for a subscription,” Wood said. “We bought it despite the fact that it was designed for mobile. We looked at it and figured, ‘We can create longform.’”

Prior to the session, Roku released viewership insights, saying that the former Quibi shows had drawn more viewing in the first two weeks on Roku Channel than during the entire existence of Quibi. The company did not specify exact numbers of viewers but said viewers watched an average of nine episodes at a shot.

While spending on Roku Channel is approaching $1 billion, Wood said, “You’re not going to see us spending what a big streaming service spends. We’re also trying to find out what works for advertisers. … We’re looking for shows that work well with the AVOD business model.”

Wood said TV advertising remains a viable platform because “you have a captive audience.” Linear networks and cable systems, though, have kept TV more primitive than it should be, he said, in addition to strict regulation of television hardware. “The thing that’s changing is that all of the technology behind digital ads is now available in television on platforms like Roku,” Wood said. Over the course of the next decade, he predicted, “All TV advertising is going to switch to streaming.”