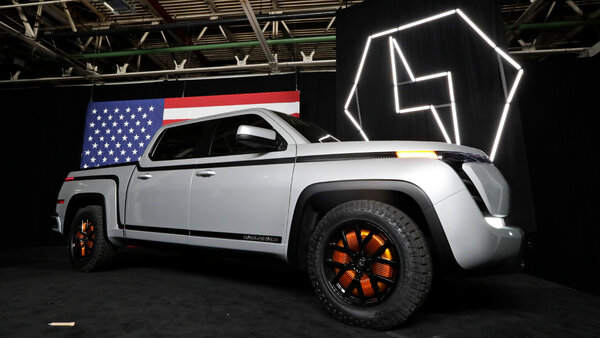 Lordstown Motors, the struggling electric vehicle start-up, told securities regulators on Thursday that it did not have “binding” orders for a pickup truck it is developing, correcting statements made by its president on Tuesday.

The company, which announced the resignation of its chief executive and its chief financial officer on Monday, has made several confusing and contradictory statements in recent weeks. On Tuesday, its president, Rich Schmidt, said the company had binding orders but refused to say name any customers or say whether they had put down deposits. But in a filing to the Securities and Exchange Commission, the company said Thursday that it had “no binding purchase orders or commitments from customers.”

Mr. Schmidt had also claimed, at an event of the Detroit-based Automotive Press Association, that Lordstown had enough money to begin production in late September. But last week, the company said in an S.E.C. fining that it did not have enough cash to begin production and might not survive.

Lordstown gained attention by purchasing a shuttered General Motors factory in Lordstown, Ohio, in 2019. At the time, G.M. was under pressure from President Donald J. Trump to find a buyer for the plant. Mr. Trump invited its founder and chief executive, Steve Burns, to the White House last September. Mr. Burns resigned on Monday.

Last October, Lordstown merged with DiamondPeak Holdings, a special purpose acquisition company, that allowed it to join the Nasdaq stock exchange and raise hundreds of millions of dollars from investors.

But the company has struggled to turn its electric pickup truck concept into reality. One of its prototypes burned down during testing in February and another dropped out of a 280-mile off-road race in Baja California after just 40 miles.

The company has invited investors, analysts and journalists to its factory next week to discuss work on its truck. But Lordstown said in its S.E.C. filing on Thursday that it would delay its annual shareholders meeting to Aug. 19.

The company’s shares have swung wildly, climbing to more than $30 in February before sliding down to about $7. Lordstown was down about 2 percent on Thursday morning after its latest S.E.C. filing.

17/06/2021 Business Comments Off on Lordstown Motors reverses itself again, telling S.E.C. it has no ‘binding’ orders.
Markets