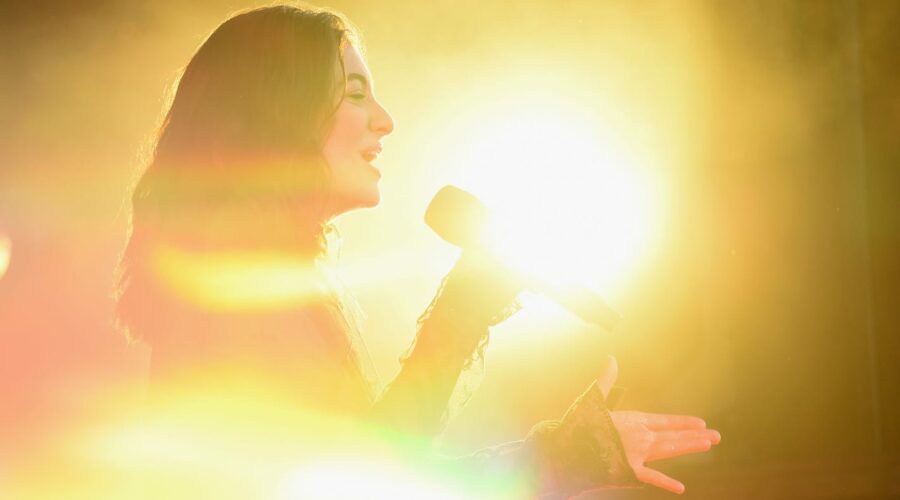 Four years ago, on her song “Liability,” Lorde sang that she was going to “disappear into the sun.” Now, she’s back with “Solar Power.”

Fans have been patiently waiting for the 24-year-old singer’s comeback since her last studio album, “Melodrama,” dropped in 2017. On Thursday, Lorde finally gave the people what they’ve been waiting for in the form of a new single called “Solar Power.”

The summertime anthem encourages listeners to leave their worries in the past and enjoy the bliss of the summer, with lyrics such as: “I hate the winter, can’t stand the cold / I tend to cancel all the plans (So sorry, I can’t make it) / But when the heat comes, something takes a hold / Can I kick it? / Yeah, I can”

A music video for the song, also released Thursday, shows the singer grooving on the beach in a bright yellow outfit, singing and vibing with a group of dancers.

In an email that day to her fans, Lorde, whose real name is Ella Yelich-O’Connor, said it was her “divine pleasure to be introducing you, at long last, to my third studio album, SOLAR POWER.”

“The album is a celebration of the natural world, an attempt at immortalizing the deep, transcendent feelings I have when I’m outdoors,” she wrote. “In times of heartache, grief, deep love, or confusion, I look to the natural world for answers. I’ve learnt to breathe out, and tune in. This is what came through.”

She said the album’s title song, a collaboration with Jack Antonoff, is about “that infectious, flirtatious summer energy that takes hold of us all, come June.”

“Or December, if you’re a Southern Hemisphere baby like me but I know that’s literally IMPOSSIBLE for you all to wrap your little heads around so don’t worry about it!!” the New Zealander added.

According to Lorde, the music video encapsulates her home country, including her family, friends and “unending search for the divine.” As for when Lorde stans can expect more, the singer recommends fans “look to the natural calendar for clues.”

“Today’s the only solar eclipse of the year, did you know that?” she added. “Feels right.”

On Monday, Lorde first teased her return to music on her website by dropping racy artwork for “Solar Power” along with a one-line message: “Arriving in 2021… Patience is a virtue”.

Earlier Thursday, the single appeared for a few moments on select streaming platforms before abruptly disappearing. Whether it was a leak or an accidental post, the song sent Twitter users spiraling and made her a top trending topic of the day.

Lorde first rose to fame in 2013 with her first album, “Pure Heroine,” which featured the global hit “Royals.” In 2017, USA TODAY dubbed her follow-up album “Melodrama” the best pop album of the year.

In a rare announcement, Lorde said she would be delaying her album release after the loss of her dog in 2019. Months later, she explained in a newsletter obtained by Entertainment Tonight and Teen Vogue that stage fright and a lack of stability while touring took a toll on her, and for a while, she wasn’t sure if she’d “tour again for a long time.”

“I still don’t know what touring is gonna look like for me, sensitive sweet pea plant that I am. But I know now how excited I am to get back out there,” Lorde wrote. “I want to be playing festivals again — hearing my intro music, watching the band walk onstage… Who knows when it’ll be safe to do those things, but I’m craving them, and I wanted you to know.”