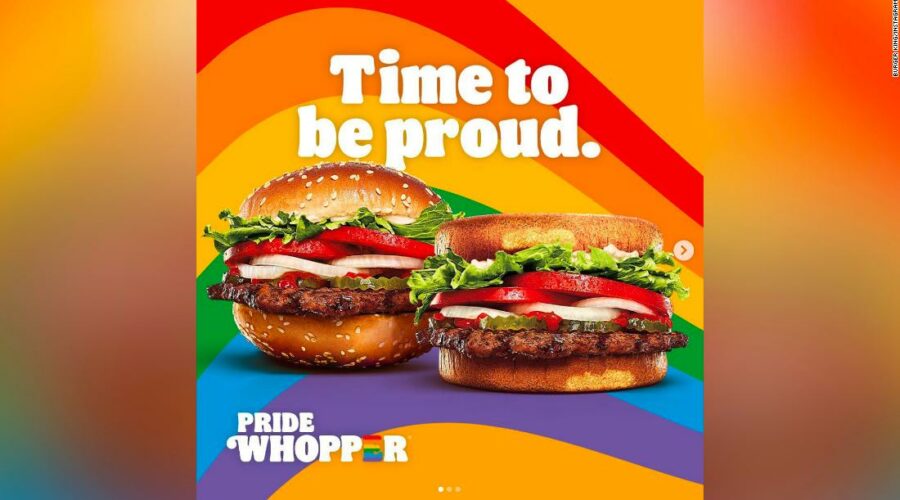 The fast-food giant’s Austrian stores will be serving a “Pride Whopper” with “two equal buns” — either two top buns or two bottom buns — until June 20 to promote “equal love and equal rights,” the company said in an Instagram post last week.
Burger King said in the post that the new burger’s “little twist” is “meant to put a smile on our faces and to remind us to treat each other with respect and peace.” 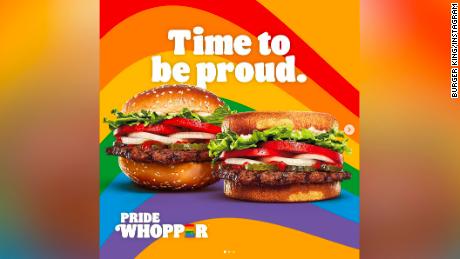 Some users on social media found the new burger funny, while others criticized the company, arguing that the joke was offensive and an example of “rainbow washing” — the practice of companies showing surface-level support for LGBTQ+ identifying people without any specific action that could improve their lives.

“Burger King Austria made a Pride burger that’s either two tops or two bottoms… what in straight hell?” Jarett Wieselman, a manager at Netflix, said in a Friday tweet.

But an Instagram user, who goes by the name unacornium, saw the funny side.
“As a gay person, this is the funniest thing I have ever seen and I don’t think I’ll ever stop laughing,” unacornium said on Monday.

It is not clear whether Burger King plans to donate any money made from the Pride Whopper to LGBTQ+ organizations. The company did not immediately response to CNN Business when reached for comment.
Last year, Burger King called attention to rival Chick-fil-A’s fraught history with the LGBTQ+ community. It said it would donate 40 cents to the Human Rights Campaign, the United States’ largest LGBTQ+ civil rights organization, for every Ch’King chicken sandwich sold during Pride Month.
In a 2018 interview with a local Atlanta TV station, Chick-fil-A chairman and former CEO Dan Cathy said he did not support gay marriage, but was not anti-gay.

Many businesses show their support in June for Pride Month, which celebrates LGBTQ+ history and culture, through donating to LGBTQ+ organizations and commitments to improving representation in their ranks. Some update their logos to feature the colorful Pride flag.
— David Goldman contributed reporting.
Source: Read Full Article