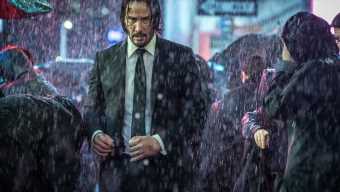 Lionsgate and Roku have struck a deal giving the studio’s feature films an exclusive streaming run on the free, ad-supported Roku Channel after they play on Starz.

Under the deal, the Roku Channel will have two windows for the Lionsgate titles — the first of which will follow their exclusive Starz stints and the second of which will be non-exclusive.

Bolstered by a suite of original episodic and film titles, the Roku Channel has continued to gain scale as Roku has surpassed 60 million active accounts. Founded in 2017, the Roku Channel includes more than 275 live, linear channels and 80,000-plus on-demand film and episodic offerings. As of the end of 2021, it was reaching households with 80 million people.

Films that will be part of the new distribution setup include the John Wick action franchise, Expendables 4 and Borderlands. Directed by Eli Roth, Borderlands stars Cate Blanchett, Kevin Hart, Jamie Lee Curtis and Jack Black. Other titles include Are You There God? It’s Me, Margaret; a followup to 2017 hit Wonder, and this month’s Nicolas Cage release, The Unbearable Weight of Massive Talent.

“This agreement affirms the great demand for first-run studio movies across a broad array of platforms,” said Jim Packer, president of worldwide television distribution at Lionsgate. “This partnership with The Roku Channel shows our ability to capitalize on opportunities in today’s complex television landscape with a multifaceted, layered approach that meets everyone’s needs.”

Rob Holmes, VP of programming at Roku, noted that the deal expands on an existing business relationship between the companies. “This innovative approach creates value for both parties,” he said, “and most importantly provides the millions of streamers on The Roku Channel with the opportunity to enjoy these compelling titles via this unique window.”