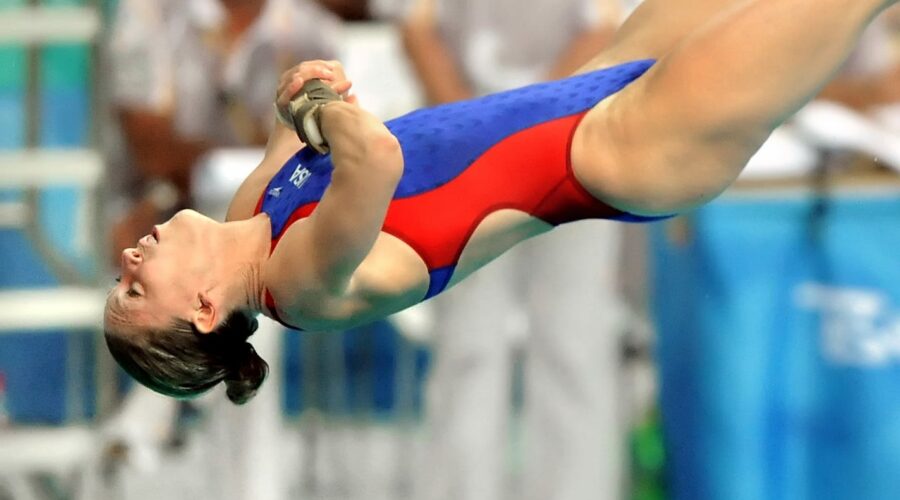 Thirteen years after her retirement, former Olympic gold medalist Laura Wilkinson is aiming for a comeback in the Tokyo Games at 43.

Wilkinson was 22 when she won the gold medal in platform diving at the 2000 Sydney Games – storming back from eighth to finish first. But the mother of four is determined to have one last Olympic hurrah.

After qualifying in Sunday's diving finals at the U.S. Olympic trials, she's now one step away from earning a spot on the U.S. diving team to secure her fourth Olympics spot.

"I'm kind of just surprised I'm doing it, honestly," Wilkinson told TODAY on Friday. "When I retired at 30 I was old back then, so this whole journey has just been a crazy, fun road.

"When you feel called to do something and you're passionate about it, you just want to be all in. It's the drive, it's the love, and I love that my kids get to watch me do this, not just by telling them how to live their lives. But they're seeing me, the blood, sweat and tears that it takes to actually get there."

“When you feel called to do something, and you’re passionate about it, you just want to be all in.”

Olympic gold medalist Laura Wilkinson joins us to talk about her improbable and inspiring comeback story as she is on the verge of becoming a four-time Olympian at the age of 43. pic.twitter.com/dE3fHhrJ3g

In 2018, she underwent a serious spinal surgery in to repair damage to her neck and her whole comeback journey has been highlighted on her YouTube channel.

Wilkinson became the first American woman in 36 years to win gold in platform diving back in 2000. She remains the last U.S. woman to win a diving medal two decades later.

11/06/2021 Business Comments Off on Laura Wilkinson, mother of four, pushing for an Olympic diving comeback at age 43
Markets