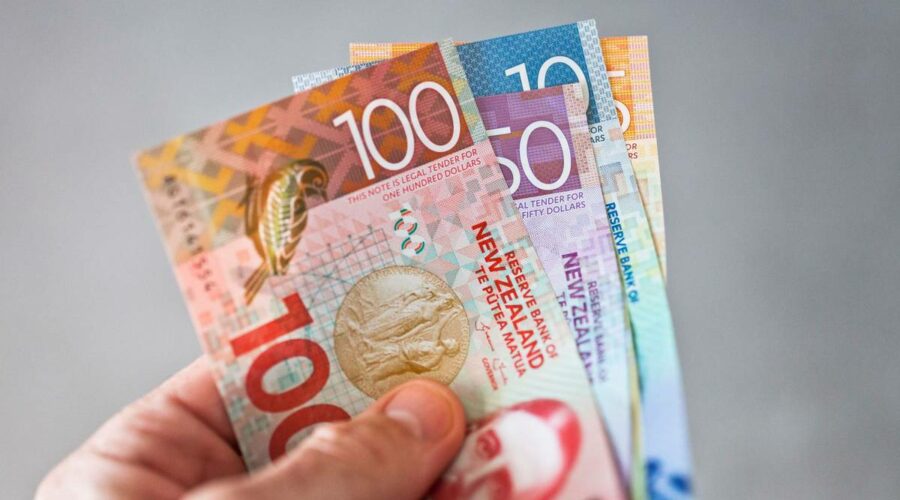 Business, labour and the Government are all singing harmoniously from the single hymn sheet of unemployment insurance. A scheme was promised in the Budget last month and received with willing nods from most quarters.

That’s largely because the idea’s genesis goes back at least to 2018, when the then Labour-led coalition first brought together ministers from its own ranks along with representatives from business, organised labour, and the public sector to chew over big labour market issues, including technological progress and demographic change.

In February last year, participants Richard Wagstaff, president of the New Zealand Council of Trades Unions (CTU) and Kirk Hope, chief executive of the country’s largest business lobby, BusinessNZ, penned a joint memo to this Future of Work Forum outlining their “common view” that a “social insurance” type of model” should be developed to “provide income replacement for displaced workers.”

The memo noted that New Zealand’s current support for displaced workers “is one of the weakest in the OECD.”

It emphasised two main reasons for change. The first is the theory that workers experience significantly more “wage scarring” when they are thrown out of work with no system of income smoothing or replacement beyond the generic benefits system. Such workers, the thinking goes, are so motivated to return to work because of financial hardship that they accept trade-offs including lower skill roles than they are suited to and diminished wages. Reduced wages then follow these workers through the remainder of their careers, and damage is done to both the individuals and the broader economy.

Wagstaff and Hope also suggested that a new unemployment support system would improve productivity. Employers benefit when they hire workers with a good skills match. And they argued that it is easier for companies to make productivity enhancing changes, like adopting new technology, when workers are better provided for.

They emphasised that programme support must also be linked to education and training opportunities.

This memo is “the letter” to which Finance Minister Grant Robertson (co-chair of the Forum) refers, when he says his plan for an unemployment insurance scheme has broad backing. The memo wasn’t quite prescient – it’s dated days after Italy’s staggering, initial lockdown measures following the outbreak of Covid-19 – but it was followed by the mother of all labour market shocks, level 4 lockdown in New Zealand, and a hastily conceived, Government-funded, wage replacement scheme. It’s hard to think of circumstances that would lend greater urgency to a nascent plan to buffer displaced workers.

The Forum’s summer and autumn work last year was postponed in the maelstrom of the early Covid-19 response. But by July some preliminary follow-up work by the Ministry of Business, Innovation & Employment (MBIE), and the Ministry of Social Development (MSD) was complete.

Robertson has tipped an ACC-style scheme, in which benefits would be paid from a pot of money raised through a payroll tax on both employers and employees. The finance minister prefers the term “levy” to “tax” but MBIE is not so fastidious.

“Over time the wages available to workers will adjust based on the relative employer and employee contributions … both will function as a payroll tax whose burden will fall on both employers and employees,” the July MBIE report said.

Among the key questions about such a scheme are eligibility rules, entitlements, cost sharing and administration.

Eligibility rules will define who’s covered. Can the self-employed contribute and benefit, for example, and would coverage extend to those thrown out of work, perhaps temporarily, by disability? There are, as yet, no details.

Robertson has mentioned the possibility of 80 per cent wage replacement, but also noted the likelihood of a cap and floor, setting both the upper and lower bounds of the payout.

Some preliminary MSD modelling assumes insurable earnings capped at $134,000 per year, implying benefits of over $2,000 per week at a rate of 80 per cent of lost earnings (it also modelled a replacement rate of 60 per cent).

But a lower payout level is more likely. In yet another scenario, MSD modelled 100 per cent wage replacement up to $585.80 per week. By way of comparison, the Canadian “employment insurance” scheme pays out a capped maximum $681 (Cdn$596) per week. And, of course, iterations of the Covid-related wage subsidy paid full-time workers just $490 per week.

The maximum duration of benefits is another key consideration. OECD data shows a wide variation across national systems, ranging from less than six months duration in Hungary and Israel to close to three years in Iceland and Sweden.

Most benefits payments are constant across the period of eligibility. But European countries including the Netherlands, Sweden, Hungary and Denmark step them down over time. In some jurisdictions the duration of benefits is relative to an applicant’s work history, age, and even regional unemployment levels.
The overall cost

Eligibility and entitlement rules are of particular interest to individuals, but of broader economic interest is the overall cost of such a scheme.

To understand this, “displacement rates” must be factored in. Here again MSD modelled a handful of scenarios.

In one scenario, officials used a 3.3 per cent displacement rate (the average number of new jobseekers per year, representing 75,000 workers), a replacement rate of 80 per cent of lost income, and an entitlement period of up to twelve months. The annual average cost per displaced worker came to $14,000 and between $800 million and $1.3 billion a year. The financing cost would require an average annual payment around $350-$600, or about $.065-$1.10 per $100 earned per worker.

The MSD work, contained in MBIE’s July report, also modelled annual costs of upwards of $5b per year, with a whopping displacement rate of 16.5 per cent; a scenario, a note says, that was possible during the GFC.

Where there are murmurings of unease over the plan they have been contained, so far, to anti-poverty activists’ suggestions that an unemployment scheme is antithetical to improving the broader welfare system.

Wagstaff brushes off such criticism: “We’re trying to design an employment system so that when you’re in the workforce you don’t face just being thrown onto the welfare heap if you lose your job through no fault of your own … we don’t see them as competing against each other in this zero-sum game. In fact, if you look at countries that have very strong central social insurance they’re more likely to have better welfare systems as well.”

Another tripwire may be borrowing too heavily from systems abroad. Kirk Hope says his organisation is particularly interested in the Danish model of “flexicurity”: “displaced workers start on 80 per cent of their [previous salary], it then steps down to 60 per cent, then to 40 per cent, as long as they are looking for work or in training.”

But Oliver Harwich, executive director of the New Zealand Initiative, is wary. “Denmark has a very generous scheme, that’s the “security” part of “flexicurity”. But the “flexi?” part of their system refers to the extreme flexibility in their labour market, it is very easy for employers to hire and fire. With provisions like “unjustified dismissal” and”personal grievance” New Zealand has nothing like the same flexibility. We must be cautious. The Danish system works for the Danes, but their circumstances are very particular.”

Balance to be struck

A policy team, based in MBIE, is now pushing ahead with work to flesh out a series of proposed iterations of a scheme of varied scope and cost for wider consultation, expected to begin in the spring.

It will need to strike a balance, for example, between the productivity-enhancing cushion that allows displaced workers the breathing space to find suitable work and the productivity drag that results when the same displaced workers are so long out of work that their skills and qualifications atrophy and lapse (not the mention the moral hazard of discouraging a return to work).

It must also avoid the risk that seasonal industries (notably tourism and horticulture) rely on an employment insurance scheme as a substitute for year-round work. And that cumulative payroll taxes do not hamper hiring.

The devil will be in the details, leaving plenty of opportunity for dissonance as they are hashed out in the coming years. A final policy is not expected before 2023.