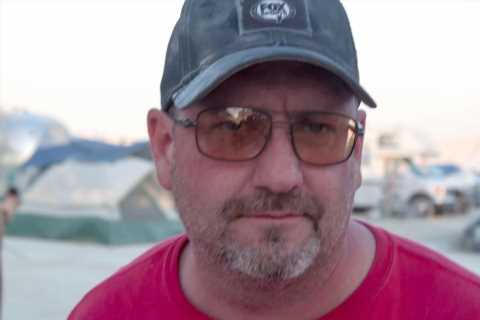 Karl Williams, the longtime Paramount Pictures publicist who was integral in campaigns for the studio’s Transformers, Iron Man, Star Trek, Indiana Jones and other franchises, died Sunday of liver complications at Glenbrook Hospital in Glenview, IL. He was 52.

For those like me who worked with Karl, he was a hysterically funny, good-guy, cinema savant and ultimate fanboy; a trailblazer in digital PR before any studio employed such experienced flacks in the current Twitter/YouTube/Facebook/Snapchat obsessed-promo era. For reporters, he was the face of the studio he worked with, notably Paramount where he worked a bulk of his career. And for those who annually spent time with Karl at Burning Man, he was that groovy guy who ran camp.

Even when Karl was the assistant to a bigger PR exec, he had the answers and the access, whether it was getting you into a screening, or possibly getting you into a premiere. Upon my arrival at Variety in 1999, I would talk–and laugh with– Karl every Monday and Friday when collecting box office data in the horse and buggy days when box office data was actually provided over the phone or fax; not by email yet.

Karl worked for Paramount for roughly 15 years, starting as a temp assistant, then a full-time assistant to EVP of Worldwide Publicity Blaise Noto, then incoming EVP of Worldwide Publicity Nancy Kirkpatrick. Karl then rose from Junior Publicist to Senior Publicist working on then SVP of National Publicity, David Waldman’s team. Karl was an integral part of the campaigns for the first two Transformers movies, Indiana Jones and the Kingdom of the Crystal Skull, Star Trek, Paramount’s early Marvel movies Iron Man 1 & 2, Thor; and Shia LaBeouf’s pics Disturbia and Eagle Eye.

Post Paramount, Karl served as the Head of Publicity for Digital Domain as well as serving various PR stints with 20th Century Fox, CBS Films, and most recently Amazon; he and I running into each other last on the streets of San Diego at 2019 Comic-Con.

Paramount EVP of Domestic Publicity Waldman told me today, “Karl was the original fanboy digital publicist. He was friendly with all the fanboy site guys and could talk the talk. He was an integral part of Paramount’s most successful movies like the Transformers launch in 2007, Iron Man in 2008, and so many more. When we had Indiana Jones and the Kingdom of the Crystal Skull, he knew Lucasfilm left, right and center. When it came to that incredible Comic-Com when we assembled The Avengers in 2010, Karl was there.”

Added Waldman about Williams and his reputation among fanboy site reporters, “Karl was that guy who knew all of them in a real way and could get them on the phone before everything was digital. He embraced the fanboys and fought for the digital press to have access to set visits. He was a smart, bright guy who truly loved film.”

It was that ability to talk up all angles of film, that made Karl a fave among talent as well; among those he would specifically handle at Paramount events or sets were Robert Downey Jr., Jeff Bridges, Alan Rickman and LaBeouf. “He was charming, funny and smart; you could assign him to anyone and they would feel at ease,” said Kirkpatrick. Karl once told me about whisking Downey Jr. around San Diego at an early Comic-Con, the Iron Man star, per Karl, being wowed by his shoes. Karl’s father, Dr. Richard Williams told me today that at Comic-Con one year, “Robert Downey, Jr. stopped everything he was doing and walked over to me to tell me how grateful he was for Karl’s help at the convention. It was one of the nicest things.” Karl also sprung to handle below-the-talent as well, from DPs to sound editors, during awards season events.

When a new Corp Comm exec replaces a previous one, typically there’s a change-over in the assistant position, but during the early aughts, Kirkpatrick kept Karl onboard, seeing as he knew his way around the studio and with the press.

“One of the greatest things he gave me when he was my assistant, is that he was a hardcore Trekkie. He know more about Star Trek than the Trekkies and his knowledge on the franchise was my spiritual guide,” Kirkpatrick told Deadline this morning.

Karl Williams was born on Sept. 19, 1968 in Evanston, IL to Dr Richard and Phyllis Williams, and grew up in Winnetka. He was a lifelong Cubs, Star Wars and Dr. Who fan, adored U2, played the drums in a band called Excalibur, ran track, and was a crazy film fan since childhood when he would make videos with his screenwriter buddy Adam Sigel. Williams would go on to graduate from Boston University. Though he entered as Pre-Med, and eventually switched his major to his passion in film. It was BU that Williams and I had a common ground, my having spent a bulk of the mid 1990s visiting my then girlfriend-now wife who had many of the same lively professors as Karl, even though she attended after him.

After working in the hotel business in Boston, Karl made his way to Los Angeles where prior to Paramount he worked as a production assistant at Sony.

Karl constantly had me in stitches, quite often trading impersonations, he being able to pull off a perfect Seth Rogen. One summer, back in 2008, we caught up with each other frequently, either at his poolside in Granada Hills, CA or hiking at Will Rogers State Park in Pacific Palisades. It was at the latter that I saw a huge rattlesnake in the wild for the very first time; I jumped into Karl’s arms like Shaggy to Scooby-Doo. He was a daredevil; an adventurous guy, and not because he wasn’t afraid of snakes. He had told me then about his recent two-week trip to Japan — alone. He told me about taking the train from Tokyo to Kyoto. Not knowing the language, Karl said that he spent the better part of an hour trying to board the right train. Nonetheless, he was determined and unafraid — and ultimately got to Kyoto.

Karl was an annual citizen of 18 years at the Burning Man festival in Block Rock City, NV. His dad told me this morning that he was known for running camp, and I remember Karl storing a big wooden structure at his house that he built which was part of his compound’s tower that year. “That was the closest thing to a religion he had,” Dr. Williams told me this AM.