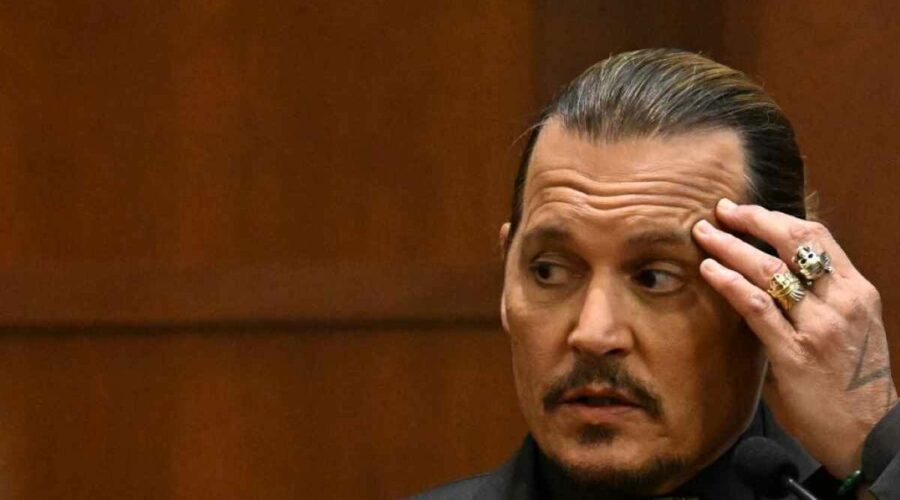 Johnny Depp has gathered unlikely support from the fringes of cyberspace where a recent cryptocurrency community has rallied behind their “hero” with a new crypto-project whose price has gone parabolic in the last week. The crypto-project is now one week old and has gone from zero to hundreds of members in this time. The cryptocurrency project is called Johnny Depp Inu and has been growing fast and its core aim is to draw attention to domestic violence against men.

The crypto community that has rallied behind the latest memecoin is growing every day and was created to support US actor Jonny Depp, whom they refer to as their “hero”.

Speaking to Express.co.uk, the lead developer said: “On our team, we have a number of lifelong Johnny Depp fans.

“Really, he has been a legend since our childhoods, from his early movies to his more recent blockbusters.

“We believe that Johnny is an icon of our times and with that in mind we wanted to show our ardent and undying support.

“What better way than through a token?”

Crypto communities that rally around a specific digital token are powerful entities and are a curious new facet of the web3 space.

These communities usually need to be anchored by a mutual goal, the goal of the Johnny Depp Inu ($AMBERTURD) cryptocurrency is to “bring awareness to male domestic violence”.

According to the Office for National Statistics in the UK, every year, approximately 30 percent of victims of domestic abuse are male – equating to 757,000 men.

The founders of the crypto community claim these victims are rarely reported in the media, and “when they are the victims of female abusers, the females are rarely held accountable”.

The founder of the cryptocurrency project added that “there are a number of very specific reasons for the low number of men reporting abuse and this including the pervasive views that it would be unmanly to complain”.

However, the team behind the cryptocurrency “don’t think it’s unmanly or acceptable for any gender to be afraid to seek protection from abuse and we wanted to bring awareness to this plight.

“In short, this token was created to support Johnny, have a laugh and lighten the mood, and stand up in arms against domestic violence against men.”

The johnnydeppinu community have sent Mr Depp direct messages and conducted public displays of support, including advertisements during the live stream online and others.

The team lead added: “We haven’t heard back from him yet, but given what is likely an exhausting court case, it’s not surprising.

“We are confident he will support our cause on behalf of victims of male violence, when he has time to recoup from this strenuous time.”

Amber Heard discusses owning a Mustang on Top Gear in 2011

The team wish to make it known that “while nearly 30 percent of men experience some form of domestic violence, the percentage of organisations that focus on male domestic violence is far less.

“There aren’t many groups out there that serve this need, and we would hope to be able to do more than donate, but rather to partner up to help raise awareness and drive support.”

When challenged on whether this coin was another of the myriad of rug-pulls that have brought the cryptocurrency sector into disrepute, the team said that liquidity for the token has now been locked for 200 plus years.

This means that it is “unreachable by the developer- making the chart unable to be ‘rugged’.”