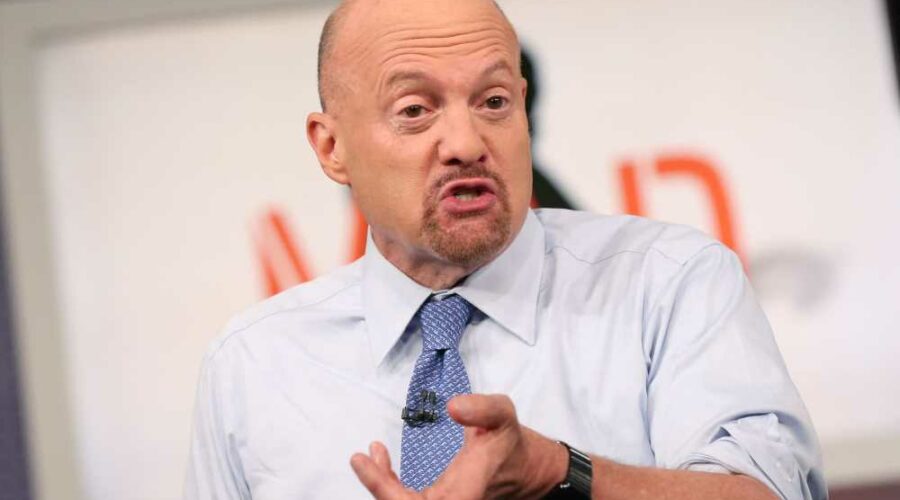 The window of time for the so-called Santa Claus rally is technically the final five trading days of a calendar year and the first two in January. Since late 1928, the S&P 500 has been positive in that stretch 78.5% of the time, according to Bank of America.

"We could be looking at the beginning of the long-awaited Santa Claus rally," Cramer said Wednesday, shortly after all three major U.S. equity indexes finish solidly in the green. They had traded in the red earlier in the session, but turned around after the Fed's decision.

"You can't rule it out given that there's nothing on the calendar that could derail the market between now and the end of the year," the "Mad Money" host said. "Historically, the Santa rally doesn't usually come until a few days later, but it wouldn't shock me if it already started."

The U.S. central bank said it would speed up the pace at which it reduces its monthly asset purchases, a process known as tapering. The Fed also forecast three interest rate hikes in 2022, sooner than previously projected as the labor market continues to heal and the American economy faces significant inflationary pressures.

"More importantly, because Powell had already signaled that something like this was coming, the stock market had already baked in the damage and applied it to every sector, which is what else allowed us to rebound today when it became clear that his bark is more powerful than his bite," Cramer said.

Sign up now for the CNBC Investing Club to follow Jim Cramer's every move in the market.

16/12/2021 Business Comments Off on Jim Cramer says the Santa Claus rally may have started early this year. Here's why
Markets