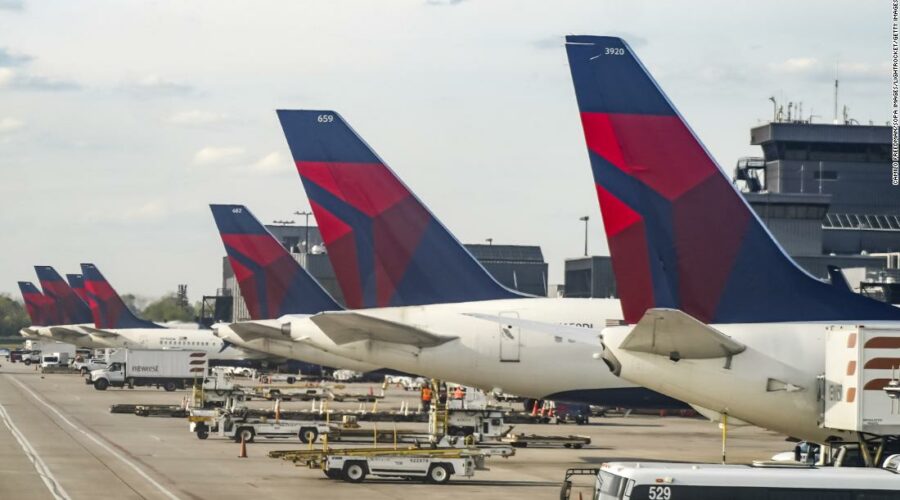 New York (CNN Business)Travel is booming, and Delta Air Lines boosted ticket prices. That helped the company weather higher fuel costs in the first quarter, and Delta believes it can turn a profit in the second quarter.

The company reported an adjusted net loss of $784 million in the first quarter, which was about $50 million less than Wall Street analysts had expected. Its revenue of $9.3 billion came in about $400 million higher than forecasts. The company said it was profitable in March.
Demand for travel is so strong right now that CEO Ed Bastian told CNBC that March was Delta’s best month ever for bookings — both for flights in March itself and for upcoming travel.

“Demand is phenomenal,” he said on CNBC. “This is continuing in April. Consumers are ready to go.”

“There are clear signs of pent-up demand for travel and experiences as consumers’ spending shifts from goods to services and experiences, travel restrictions lift and business travelers continue to return to the skies,” he told investors on a conference call later Wednesday morning.

Bastian said that demand for travel at the beginning of the quarter was negatively affected by the surge of Covid cases from the Omicron variant, but that demand rebounded quickly as that surge started to subside in mid-February. He added that there has been no sign so far of a negative impact on travel caused by the Russian invasion of Ukraine.
That strong demand has translated into fuller planes and higher fares. Unit revenue, a measure of airfares, should be up more than 10% in the second quarter compared to same period of 2019, Delta anticipates. Its unit revenue in March was above that of March 2019, the first month since the start of the pandemic that the airline has achieved a positive comparison.

“We are successfully recapturing a significant portion of the run-up in fuel,” Bastian told investors.
The first quarter is typically the slowest for US airline profits and revenue. But the second quarter, which includes the spring travel season and the start of summer travel, should be stronger.
A growing number of workers are returning to the office after two years of remote work, and business travel is expected to pick up. So is international travel. Those passengers typically pay higher fares than leisure travelers on domestic flights.
Domestic business travel was still only about 50% of pre-pandemic levels throughout the first quarter, but by March that had risen to 70%. And a survey of corporate customers found that 90% expect travel to increase in the second quarter said Delta President Glen Hauenstein.
Delta said it expects sales in the second quarter to be between 3% and 7% lower than in the same period of 2019, before the pandemic severely disrupted air travel. Yet Delta is flying just 84% of the capacity it flew back then. Part of the reason is the continued restrictions on international travel — but even domestic capacity is still only back to 90% of where it was before the pandemic.
Delta is doing what it can to increase capacity, Bastian said, including hiring the additional employees it needs to restore more flights to its schedule. But the 15,000 new employees the company has hired since the start of 2021 is still not enough to make up for the loss of staff during the pandemic, when Delta offered early retirement and buyout packages to reduce headcount.
“Maybe by end of year, if we really pushed it, we could get back to 100% [of pre-pandemic capacity],” he told CNBC. But he said that’s not the current desire of management.
“Candidly, right now, for the amount of demand we have, we’re sitting on a pretty good spot [on capacity],” he said.
Hauenstein added that the airline is not seeing any drop in demand as fares move higher. “We haven’t seen a lot of resistance to the price points that we have in market,” he said.
But with a greater percentage of available seats already booked for the summer travel season than three years ago, price-sensitive customers need to book early and be flexible with their travel dates.
Bastian said that Delta believes that Covid is shifting from a pandemic to a manageable seasonal virus, which is helping demand for travel. And he added that it’s time for the federal mask mandate on travel to end. Most US airline CEOs also have urged the mandate be allowed to expire.
CNN has learned that the Centers for Disease Control now plans extend the mask mandate, which was due to end Monday, for another 15 days.
Bastian also disclosed that as of this month Delta is dropping a $200 monthly surcharge on what its employees pay for health insurance if they are not vaccinated. Unlike some other airlines, such as United, Delta never required its employees to get vaccinated.
“We really do believe that the pandemic has moved to a seasonal virus,” he said about the reason for dropping the surcharge.
But while hospitalizations from Covid are down, they are still more likely for those who are not vaccinated. At the time Delta announced a surcharge for its unvaccinated workers, Bastian said employees hospitalized with the disease cost the company an average of $50,000 each. 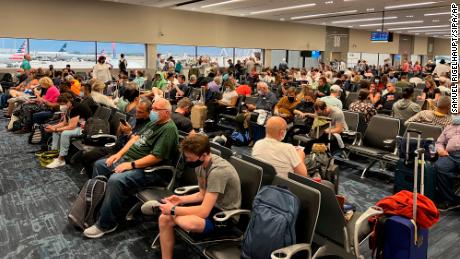 But the company has a major advantage that most of its competitors don’t: it owns its own oil refinery. Higher fuel prices meant the refinery brought in $1.2 billion in revenue in the quarter, up sharply from only $48 million in the first quarter of 2019.
Shares of Delta (DAL) jumped 4% in midday trading on the news and guidance.
Source: Read Full Article