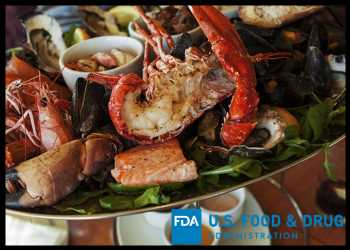 Irvington, Alabama -based Irvington Seafood is recalling its 1 lb. packages of “Crabmeat: Jumbo, Lump, Finger, and Claw meat” citing the potential to be contaminated with Listeria monocytogenes, The U.S. Food and Drug Administration said.

The product comes in a 1 lb. containers, package marked with license number AL 111-C with the company name “Irvington Seafood.”

The recalled “Crabmeat: Jumbo, Lump, Finger, and Claw meat” were distributed to distributors located in Alabama, Georgia, Louisiana, and Mississippi.

Listeria monocytogenes is an organism that can cause serious and sometimes fatal infections in young children, frail or elderly people, and others with weakened immune systems.

Healthy individuals may suffer only short-term symptoms such as high fever, severe headache, stiffness, nausea, abdominal pain and diarrhea, but the infection can cause miscarriages and stillbirths among pregnant women.

However, the company has not received any reports of illnesses related to the recalled products to date.

The production of the product has been suspended while FDA and the company continue to investigate the source of the problem.

Consumers who have purchased 1 lb. packages of “Crabmeat” are urged to return them to the place of purchase for a full refund.