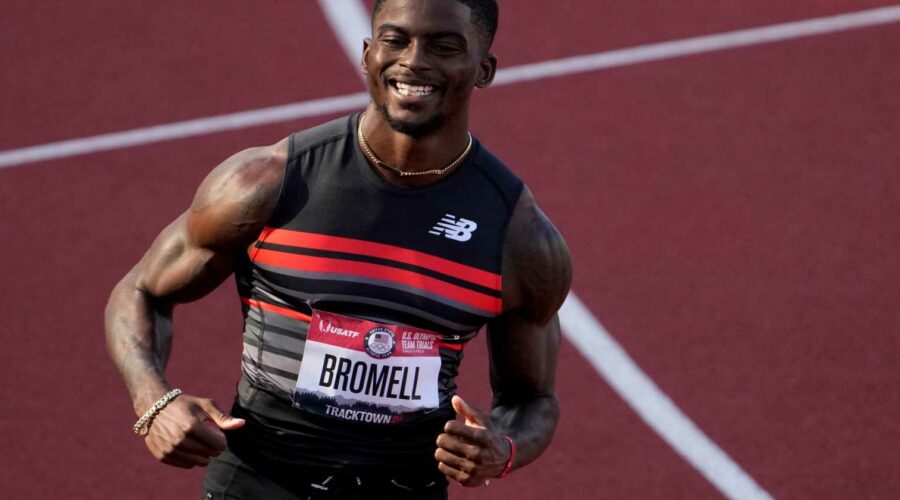 After fighting injuries for roughly three years, Trayvon Bromell won the men's 100-meter final at the U.S. Olympic trials Sunday with a blistering time of 9.80 seconds, emerging as the favorite from an uber-competitive field.

Ronnie Baker finished second in 9.85 seconds, and Fred Kerley – who has traditionally run the 400 but switched to the 100 and 200 for the trials – finished third.

Two of the biggest names in the field, Noah Lyles and Justin Gatlin, finished seventh and eighth, respectively. Lyles is expected to qualify in the 200 next weekend.

The win caps a remarkable comeback for the 25-year-old Bromell, who arrived at the 2016 Rio Olympics with a nagging heel injury and ultimately left the track in a wheelchair. He had two surgeries and ran just three competitive races over the next three-plus years before switching coaches, getting healthy and returning to form.

"You’ve got to have patience and faith," Bromell told USA TODAY Sports earlier this month. "Those are the main, key components that helped me get through the situation – trusting that God would get me the tools, put around the right people, and having the patience to go through those trying times."

American Christian Coleman, the reigning world champion and one-time gold-medal favorite at 100 meters, will be notably absent in Tokyo. He was suspended in October for two years after missing a series of drug tests.

The U.S. has won at least one medal in the men's 100 in each of the past five editions of the Summer Games.

21/06/2021 Business Comments Off on Injuries now behind him, Trayvon Bromell wins men’s 100m to secure spot at Tokyo Olympics
Markets