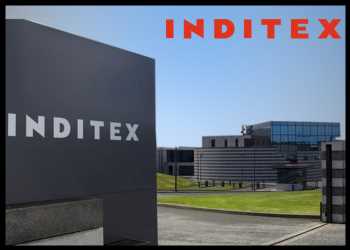 Looking ahead for fiscal 2021, the company now projects a gross margin of around 57.5 percent, plus or minus 50 basis points. In 2020, the gross margin reached 55.8 percent on a reported basis, and 57.6 percent in constant currency.

Inditex also expects online sales to account for more than 25 percent of total revenue in the year.

Regarding the current trading, the company noted that store and online sales in local currencies between November 1 and December 10 increased 33 percent year-on-year and 10 percent compared to the same period in 2019.

Chief executive officer, Óscar García Maceiras, stressed the importance of these results at this time, as they “confirm the significance of extending, deepening and developing our integrated business model, the company’s key differentiating characteristic”.

In the first nine months of fiscal 2021, the company’s net profit attributable to the controlling company surged 273 percent to 2.5 billion euros from last year’s 671 million euros.

Online sales in local currencies registered year-on-year growth of 28 percent and growth of 124 percent against the same period in pre-pandemic 2019.

As of the October close, the company had 6,657 stores, having opened 179 new stores in 39 markets during the nine months period.