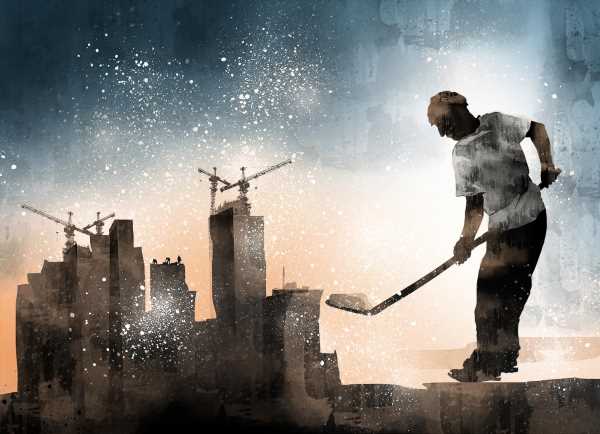 The purchase or construction of houses by large numbers of people can add meaningfully to India’s economic growth, points out Neelkanth Mishra.

India needs to build one crore (10 million) new houses every year. The country’s population will keep growing for at least the next two decades, with a 1 per cent annual growth over the next five years. The number of households should rise faster at 2.5 per cent, as they shrink in size.

Add to that the replacement of old houses, and demand for non-residential buildings. A person should have at least the same constructed area at work as she does at home, around 100 square feet: Indian houses average 460 square feet, and have 4.6 people. This is in addition to shared spaces like schools, colleges, malls, hospitals, warehouses, and religious places, which are smaller in number but much larger in size.

While the number of new houses needed annually may not grow, the average size of a house in India is expanding at more than 2 per cent a year. This is not abnormal; the growth is 4 per cent in China, and while it is a low 1 per cent in the US, the average American house is five times the size of an average Indian house, and has expanded by more than a third since the 1980s.

The quality of construction should keep improving too. Even though more than 80 per cent of India’s houses are now pukka, either the roof, the walls or the floor for many still need better quality material. Moreover, the pressure of a growing population means taller buildings.

Today, 93 per cent of India’s houses are in buildings of one or two storeys and only 0.2 per cent in buildings with more than 10 storeys. In the latter set, which is growing rapidly, construction cost per square foot is nearly 10 times the cost of building a one-floor house in a village.

This steady increase in volume and value of construction is an important driver of economic activity. The value of dwelling construction was more than a sixth of GDP in 2012, and rent is the single largest component of the consumption basket after food.

However, growth has been less than 6 per cent annually since 2012 in nominal terms, and nearly zero once adjusted for inflation. Its share of GDP has fallen by 5 percentage points to at least a 17-year low.

The overbuild triggered by the price spike and the subsequent slowdown occurred both in developer-built as well as self-built housing. The annual supply of apartments constructed by top-tier developers in seven major cities slowed to less than half the 3 lakh seen at the peak in 2010.

Such was the extent of the excess inventory that prices did not revive despite the steep drop in new construction. The industry has consolidated and increased formalisation, due to implementation of the Real-Estate Regulation Act (RERA) and the goods and services tax, as well as the financing crunch that started late in 2018.

Real estate has become a business in scores of Indian cities, but a large number of houses are still self-built using small contractors, like adding a room or a floor to a house where the family owns the land. The value of construction per square foot is lower in such houses, but the number of houses is larger. Even this slowed sharply.

It is reasonable to assume, though backed only by anecdotal evidence, that when land price appreciation slows, the desire to improve the size or quality of one’s house also weakens.

The cycle seems to be turning now. The data from several (though not all) large cities shows higher sales volumes than in 2019, and inventories of completed apartments have depleted to an extent that developers are launching new projects. Given the long downturn many are understandably apprehensive about how long this momentum lasts, but sustenance should be supported by several factors.

First, affordability has improved, not just because of record-low mortgage rates, but also because income growth has exceeded the rise in real-estate prices. In the last four years, rents have grown faster than real-estate prices, even as the share of rents in overall consumption has fallen from 11.5 per cent in 2012 to 9.5 per cent now.

In particular, in the cities that have a large number of software engineers, current wage growth and the expected influx of millions of new migrants is supportive of demand.

Second, forced savings during lockdowns and growth in stock market wealth are enabling many households as well as investors to make a purchase.

Third, the price signal: Given the large value of purchase, fear of a price fall deters buyers, whereas expectation of even a moderate price appreciation helps a buyer pull the trigger on a purchase.

Economic growth occurs when someone, an individual or an enterprise, takes a risk, and is willing to exchange cash for something that may potentially lose value immediately. The purchase or construction of houses by large numbers of people can add meaningfully to India’s economic growth.

The downturn in dwelling construction likely shaved more than 1 per cent every year from GDP growth between 2012 and 2020; given its size, even a moderate revival can boost growth in the next few years.

While house price appreciation exacerbates wealth inequality, construction of dwellings is an important mode of transfer from the rich to the poor: Nearly 85 per cent of the workforce in construction are unskilled workers.

The objective as ever for policymakers should be to ensure a timely supply response to the expected growth in demand, so that price volatility is minimised. Long approval timelines for new projects by municipal authorities remain a concern; by forcing land to remain idle they raise costs for everyone.

Further, the prolonged downturn has also shrunk the number of firms in the sector, and even three years after the non-banking financial company crisis, funding for real-estate developers is far from normal.

Addressing these challenges would be necessary for a steady boost to economic growth and job creation from dwelling construction.

Neelkanth Mishra is co-head of APAC Strategy and India Strategist for Credit Suisse.