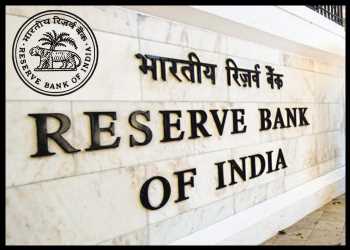 India’s central bank opted for a bigger-than-expected interest rate hike on Wednesday as policymakers expect inflation to remain above the tolerance band for much of this year.

The Monetary Policy Committee unanimously decided to hike its key interest rate, the repo, by 50 basis points to 4.90 percent on Wednesday, which was bigger than what economists and markets had expected.

The consensus was for a hike to 4.80 percent.

Consequently, the standing deposit facility rate was adjusted to 4.65 percent and the marginal standing facility rate and the Bank Rate to 5.15 percent.

The previous change in the repo rate was a surprise 40 basis points hike on May 4, which was the first lift since August 2018.

In a live video conference, Reserve Bank of India Governor Shaktikantha Das said the bank will continue to be decisive and proactive and remains focused on bringing down inflation to target.

The RBI Chief also said that the MPC remained focused on the withdrawal of monetary accommodation supplied during the coronavirus pandemic crisis in 2020.

Inflation risks flagged in the April and May resolutions of the MPC have materialized, the bank said. The projections indicate that inflation is likely to remain above the upper tolerance level of 6 percent through the first three quarters of 2022-23.

The bank said upside risks to inflation still persist and it now sees the inflation for current fiscal year ending March 31, 2023 at 6.7 percent, up from the prior forecast of 5.7 percent.

The MPC observed that continuing shocks to food inflation could sustain pressures on headline inflation.

“The situation overall is challenging,” Das said, adding that the bank is resolute in dealing with it to support the economy and bring inflation to target.

The RBI will be confident enough frontload tightening with another 50 basis point hike in the next scheduled meeting in August, before reverting to a series of 25 basis point hikes once inflation has peaked, Shilan Shah, an economist at Capital Economics, said.

“In all, we remain comfortable with our view that the repo rate will rise to 6.15% by early 2023,” the economist said.

While normalizing the pandemic related extraordinary liquidity accommodation over a multi-year time frame, the Reserve bank will ensure availability of adequate liquidity to meet the productive requirements of the economy, the governor said.