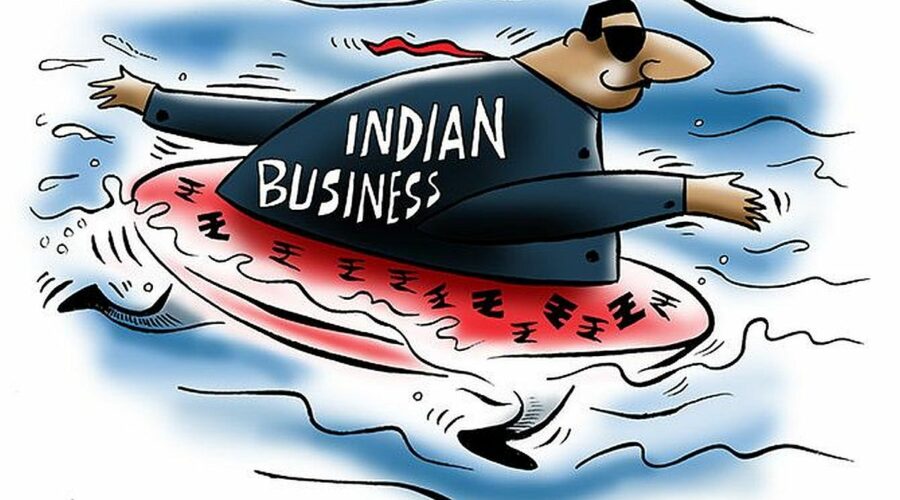 A strong performance by sectors including banking raised the profits of Indian companies by 28 per cent in the three months ended March 2022.

The rate of growth is, however, lower than the 30 per cent seen in December.

Growth in net sales was also lower than what was seen in the December quarter for the sample under consideration.

Business Standard looked at a sample of 2,695 companies with comparable results over time.

Deepak Jasani, head of retail research at HDFC Securities, said that top line growth was good in the March quarter, though not as good as the December quarter.

“This is despite inflation rising,” he pointed out, adding, March was seasonally a better quarter for sales.

The contribution of major sectors to profits continued.

Three sectors accounted for 41.9 per cent of the net profits of the sample, which has 75 of them.

This was followed by information technology (software) with 11.9 per cent.

Refineries contributed another 11.3 per cent.

If one considers net profit after excluding financials, then growth falls to 19.1 per cent, lower than the 21.3 per cent in December.

Banks have done well especially in the light of improved asset quality, according to analysts.

Jasani pointed out the positive was that the third wave of the pandemic did not seem to have a major impact on economic activities.

Many sectors, such as hospitality, which are dependent on the economy reopening, did well in the March quarter.

This would suggest that people did not shy away from such segments despite the Omicron variant.

Many companies saw higher input and wage cost pressure but could offset most of these due to better operating leverage, he said.

With respect to Nifty 50 companies, Shiv Chanani, Bhawana Chhabra, and Aditya Jaiswal of Elara Capital said in a note on earnings: “Nifty 50 continues to see healthy sales growth with 26 per cent year-on-year (YoY), with ex-financials growth at 27 per cent YoY.

“This was due to higher commodity prices, given ex-commodities sectors’ sales growth dips to 11 per cent YoY and price hikes undertaken across consumption sectors (revenue growth in staples was primarily a function of price growth as volume growth remained muted).”

Owing to cost pressure, ex-financials’ EBITDA (earnings before interest, tax, depreciation and amortisation) growth was lower at 13 per cent YoY accompanied by a 219 basis point YoY decline in EBITDA margins to 17.9 per cent.

All Nifty 50 companies’ PAT growth stood at 15 per cent YoY, with major contributions from financials.

The outlook for India Inc would be dependent on the international interest rate scenario and whether a global recession comes into play, as a lot of companies are export-dependent.

Traditional defensive sectors like consumption could do relatively well in the event of adverse global factors, Jasani added.

Pankaj Pandey, head of research at brokerage firm ICICI Direct, said higher inflation might result in consumers downtrading, and buying cheaper products or smaller packets, in some segments. Sectors including banks and automobiles are likely to do well.

“The corporate commentary is still quite good,” he said.

09/06/2022 Business Comments Off on India Inc’s profits rise 28% in March quarter, banks contribute the most
Markets