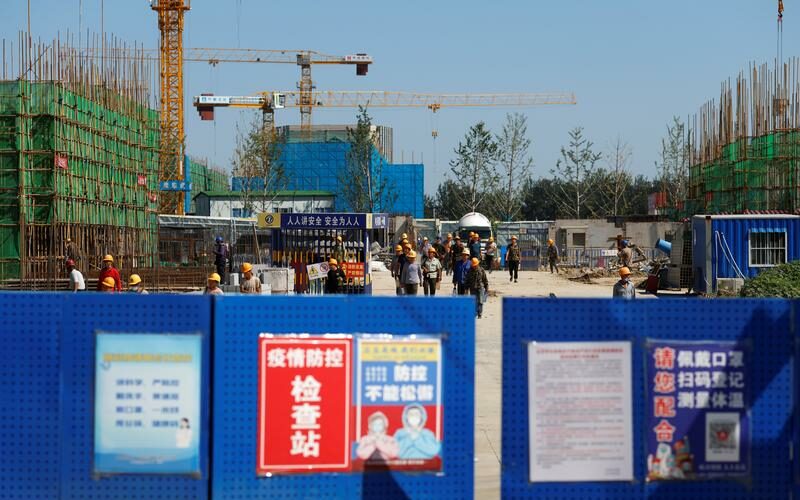 SINGAPORE (Reuters) – HSBC Holdings PLC expects the debt problems involving embattled property developer China Evergrande Group to have an impact on capital markets but does not see any direct impact on the bank, its group CEO said.

“I’d be naive to think that the turmoil in the market doesn’t have the potential to have second-order and third-order impact,” Noel Quinn said at a Bank of America conference on Wednesday, according to a webcast on HSBC’s website.

Evergrande’s situation was “concerning and there is a potential for second and third-order impact, particularly on the capital markets and the bond markets. And we’ve got to stay close to that,” he said.

HSBC’s Hong Kong-listed shares rose 1.8% in early trade on Thursday, in line with gains in the broader market. HSBC’s shares recovered from a 10-month low struck on Tuesday. Hong Kong markets were closed for a holiday on Wednesday.

Evergrande faced a Thursday deadline to pay interest on one of its dollar bonds, in a crucial moment for global investors worried that its malaise could spread beyond the country’s property sector.

“We focus typically on Tier 1 cities, Tier 1 properties, Tier 1 lenders. We have a well-managed exposure there. We’re not unduly concerned by that exposure,” he said.

Quinn said HSBC’s loan loss provisions in Hong Kong and China as outlined in its half-year results here indicated that the lender was not concerned about its commercial real estate exposure in China.

“Nothing has happened in the recent weeks that will change that position in my mind for us as a bank, as an institution,” Quinn said.