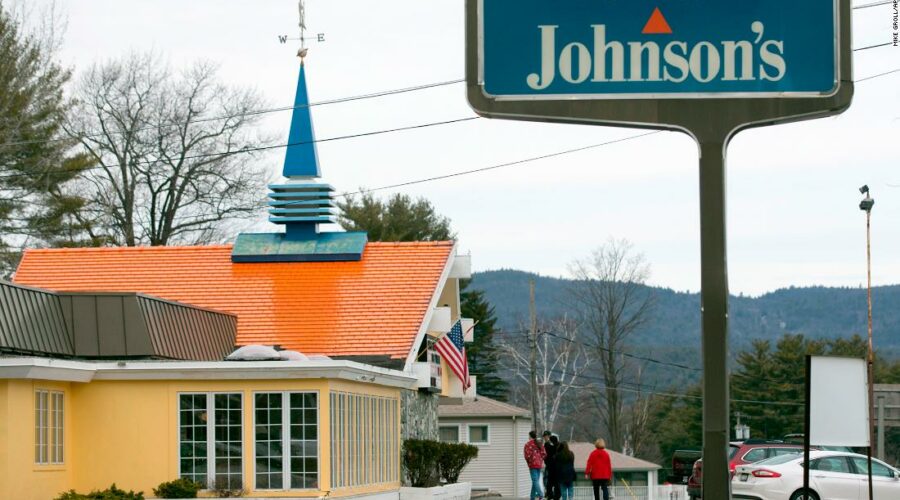 Open for most of the past 70 years, the restaurant was located in Lake George, New York, a popular summer vacation spot near the Adirondack Mountains. The restaurant closed its doors in recent weeks and the property is up for lease, according to a local affiliate.
“Lake George is officially dead,” a Howard Johnson’s fan wrote on Facebook, adding several pictures of the abandoned restaurant. “Cobwebs on the door. Right before Memorial Day rush up here.” 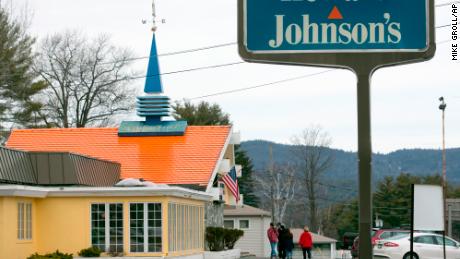 The longtime roadside staple had about 1,000 restaurants in the 1960s and 1970s, and it was once America’s largest restaurant chain. Instantly recognizable for its orange roofs, the diners served 28 types of ice cream and became a part of American culture. “Mad Men” recreated the restaurant to film a scene.

But Howard Johnson quickly found itself in the shadow of McDonald’s (MCD) and other fast-food chains that maximized efficiency and better managed supply chains. Marriott (MAR) bought a crippled Howard Johnson in 1985, selling hundreds of the brand’s hotels and about 200 restaurants to Prime Motor Inn. That company sold the restaurants to other chains, and they lost the “HoJo” name.

By last decade just a handful of Howard Johnson restaurants were still operating: the Lake George location, along with one in Lake Placid, New York, and another in Bangor, Maine. The Lake Placid restaurant closed in 2015, and the Bangor location shut its doors in 2016.

The Lake George location has “seen interest” since it went up for lease late last year, reports News 10. The real estate listing for the 7,500-square foot property states a price of $10.

Although the Howard Johnson restaurants are closed, the hotel chain is still alive and well. There are about 300 locations and it’s currently owned by hotel giant Wyndham (WH).
Source: Read Full Article