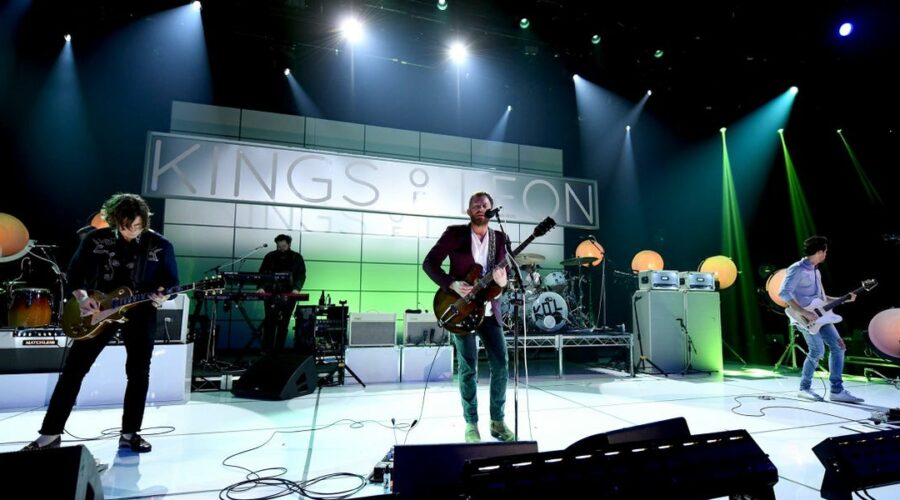 A little over a year ago, Grammy Award-winning rock group Kings of Leon had just wrapped up recording a new album and were getting ready to go on tour to promote it when the COVID-19 pandemic brought the live entertainment industry to a grinding halt.

As weeks of delays turned into months, the group’s manager Andy Mendelsohn turned to Josh Katz, founder and CEO of the ticketing platform YellowHeart, to talk about a little-understood concept called non-fungible tokens (NFTs).

“The playbook for a rock band would be to release an album and go tour, and that was the playbook forever. Now he didn’t know what to do, because there’s no tour,” Katz told Insider. “So we started chatting about what would a Kings of Leon NFT look like.”

Popular interest in NFTs began to gather steam over the summer in the niche crypto art market, and Mendelsohn and Katz quickly got to work imagining and executing the NFT launch of Kings of Leon’s latest album called “When You See Yourself.”

In less than two weeks this March, the album sold over $2 million on the platform and raised a half million dollars to support out-of-work event crew workers.

Insider spoke with Katz about how the collaboration represents an example of how the music industry is charting the future of NFTs to facilitate a more engaging experience for customers and fans.

Before the pandemic, the global secondary ticket market was on track to exceed $15 billion per year, according to Technavio. Numerous middlemen have sprung up over the years, making live event tickets both more expensive and less reliable. Nearly one in eight tickets bought on the secondary market turns out to be a fake.

YellowHeart’s platform uses the smart contract features of NFTs to circumvent that issue. For event creators it offers more control over how tickets are used or traded, and for fans it provides better authentication to ensure they are getting what they paid for.

“We didn’t build YellowHeart to do 30 NFT collectibles, we built it to do 3 million Coldplay tickets, where each one is a unique NFT,” Katz said.

In spite of these promises, Katz says the early years were a challenge to find interested business partners to try out his tech.

“This was always our business model,” Katz said. “But if something’s not broken, people don’t fix it.”

Then, the pandemic happened, and interest surged. Data from Semrush shows searches for “NFT” rose over 6,700% from September 2020 to February 2021.

With NFTs, you can get creative with merchandise sales and event tickets

For all of its flaws and all of its disruption, the music industry was still making enough people enough money that there wasn’t a broad effort to reimagine how all the parts work together.

Katz says the shutdown gave people like Mendelsohn the time and space to think about the creative possibilities of a new approach to albums, tickets, and merchandise.

“As Andy and I spoke more through the summer, he really came on board with my idea around tokenizing his album,” Katz said. “It came to life very organically.”

Unlike the collectible auctions that have seen skyrocketing prices for exclusive tokens, Katz says the band wanted to make their art accessible to everyone through this new format.

“They wanted people to be able to buy the open edition and the limited editions,” he said. “Then there was the offering of the golden tickets.”

For this launch, the NFT a customer buys essentially serves as a coupon, redeemable for album downloads, digital artwork, a pressed vinyl record, or lifetime front-row tickets to Kings of Leon concerts. If you own the NFT, you can claim the benefits.

Also encoded in some of the album NFTs was a fundraiser that channeled $500,000 to a charity in support of the crew workers who make the entire live music experience possible.

NFTs increase accessibility, but the first hurdle is making them approachable to first-time users

Katz is understandably bullish on the broad implications NFTs have for the world of commerce, but for now he’s laser-focused on lowering the actual (and perceived) barriers around the technology.

The key to widespread adoption is delivering a fun and enjoyable customer experience for the early adopters, and Katz says the music industry presents the best opportunity to do that.

“We wanted people who were first-time buyers to understand the world they were entering, that they weren’t just buying an NFT and then it sits in their wallet,” he said.

“That part was really cool. That was mission accomplished,” he said.

“We wanted to really usher in a new format,” Katz added. “Mendelsohn’s old roadmap of how to do an album drop had gone away, so he and I created what the new version would look like, and here we are.”

07/04/2021 Business Comments Off on How Kings of Leon remixed the typical album launch using NFTs, convinced fans to try it out, and earned $2 million in 2 weeks
Markets