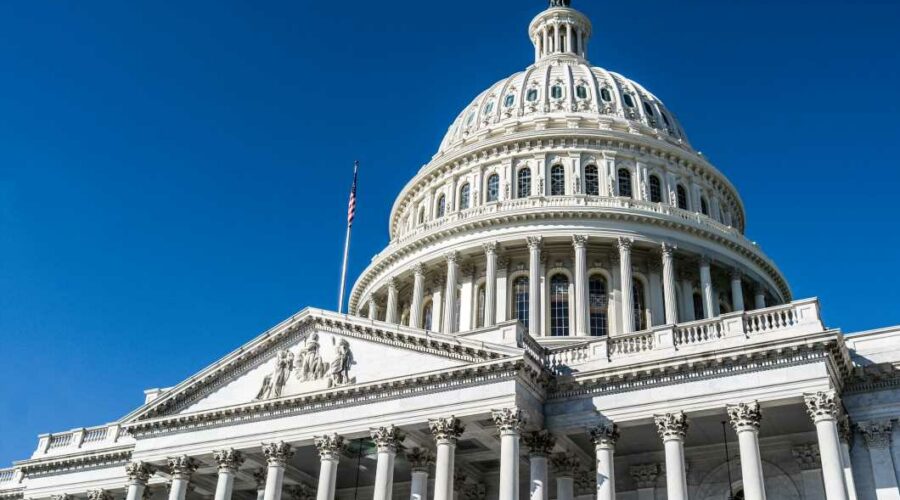 The prospect of higher taxes for wealthy Americans edged closer on Tuesday as House Democrats passed a $3.5 trillion budget plan.

That framework lays the groundwork for Democrats to write formal legislation that can pass without one Republican vote. Democrats have called for higher taxes on the wealthy and corporations and stronger IRS enforcement to help fund their agenda.

The House vote sets the stage for a political showdown in coming weeks as Democrats try to pass the biggest expansion of the safety net in decades, spending more on education, paid leave, childcare, health care and climate initiatives.

Senate lawmakers passed the budget blueprint on Aug. 11, also along party lines. A Senate framework outlining the budget initiatives offers scant detail on specific tax policy relative to the wealthy, saying only that it seeks "tax fairness for high-income individuals."

More from Personal Finance:
Most retirees aren't tapping nest eggs before required withdrawals
Should you use your 401(k) to pay off credit card debt?
Enhanced tax credits become 'bargaining points' in divorce cases

But it's likely the richest Americans will face higher taxes on their ordinary income, capital gains from investments and appreciated assets bequeathed to heirs, according to tax experts.

The plan would also "prohibit" new taxes on families making less than $400,000 a year, small businesses and family farms.

At the same time, the spending plan may also give a tax break to some wealthy individuals in high-tax states. It suggests Democrats will offer "relief" on the current $10,000 cap on state and local tax deductions.

Democrats aim to pass legislation using a process called budget reconciliation, which would allow the bill to pass with a simple majority. But full support isn't guaranteed and Democrats have razor-thin majorities in both chambers. In the Senate, one defector could sink the bill's chances. Sen. Kyrsten Sinema, a moderate Democrat from Arizona, this week reiterated she wouldn't back a plan with a price tag as high as $3.5 trillion.

"At this point, we're dealing with Monopoly money," Bill Hoagland, a senior vice president at the Bipartisan Policy Center, told CNBC of the budget framework. "It's when we actually start putting rubber to road that this'll become a heck of a lot more difficult."

Raising the top marginal income-tax rate to 39.6%, from the current 37%, is the most likely way Democrats intend to raise taxes on the wealthy, according to experts.

"I think Democrats would say, 'That's where we were before the [2017 Tax Cuts and Jobs Act] that we didn't vote for,'" Ryan Abraham, a principal at Ernst & Young who sits on the firm's Washington Council, has told CNBC. "That's not asking too much."

Democrats would essentially be fast-tracking current policy — the top rate on ordinary income is already set to revert to 39.6% after 2025, per the Tax Cuts and Jobs Act.

The change would raise $131 billion in federal revenue through 2026, according to a U.S. Department of the Treasury estimate issued in May.

There's also an expectation that the top tax rate on long-term capital gains will rise.

The Biden administration proposed raising that top rate to 39.6% — the same as the proposed top rate on ordinary income — for those who earn more than $1 million a year. (Combined with a 3.8% surtax on net investment income, the top federal rate would be 43.4%.)

Wealthy individuals get a big portion of their annual income from investments — meaning raising taxes just on wages may not tax their total income as effectively as Democrats might like, according to experts.

Those with annual income of more than $1 million get about 40% of income from investments, compared with just 5% for people who earn less than $50,000 a year, according to the Tax Foundation.

However, some experts are skeptical Democrats will be able to raise the rate on long-term capital gains (which are owed on investments held for over a year) to 39.6%.

Democrats will likely also try to change how appreciated assets held by the wealthy are passed on to heirs.

The White House, for example, proposed imposing a capital-gains tax at death, with some exceptions.

"That would be a much bigger change than just changing the capital-gains rate," Abraham said of the proposed policy.

Currently, an asset's appreciation isn't taxed upon an owner's death. The asset gets a step-up in basis, meaning it transfers to heirs at its current market value, erasing the capital gain. Heirs could then sell the asset free of capital-gains tax.

Reforms to capital-gains taxes would raise $322.5 billion over a decade, according to a Treasury estimate.

Democrats are also eyeing tax compliance to raise revenue from households earning more than $400,000 a year.

Underreported income, largely among the wealthy, is the biggest contributor to the so-called tax gap, according to a Treasury report issued in May.

The Treasury estimated the gap (the difference between tax paid and tax owed) to be $584 billion in 2019. About 80% of the gap comes from "opaque income sources," such as partnerships, proprietorships and rental property, that accrue mostly to the rich, Treasury said.

The Biden administration has called for more third-party reporting to the IRS to improve tax compliance.

25/08/2021 Business Comments Off on House vote on $3.5 trillion budget raises prospect of higher taxes on the rich
Markets