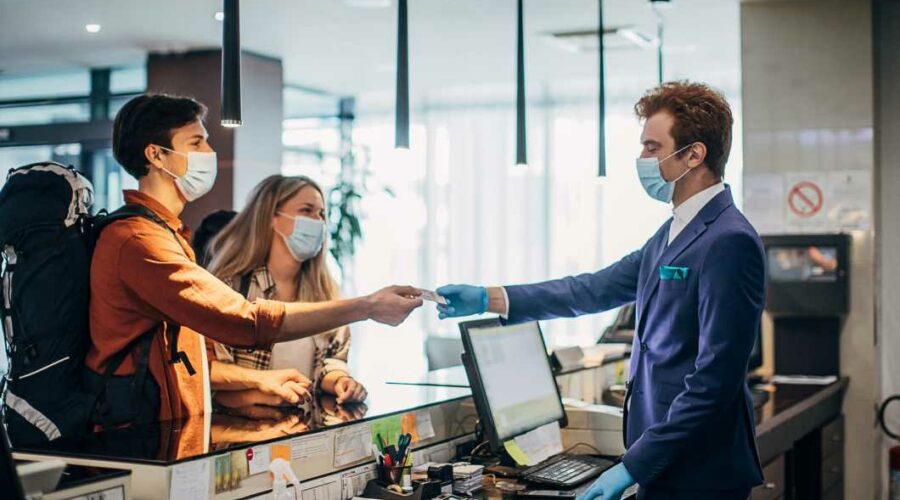 If you're thinking of booking that hotel stay you've postponed since the pandemic began, you may want to reserve a room right away.

Nightly rates, while still somewhat lower than those of one year ago, are slowly rising to match or — in some popular destinations — surpass pre-pandemic prices, according to travel booking technology company Koddi.

Over the last 30 to 45 days, Koddi has seen current hotel rates rise to just 5% lower, on average, than at the same time one year ago, compared to as much as 11% lower earlier in 2021, says Deep Kohli, senior director of client services at the Fort Worth, Texas-based firm.

More from Personal Finance:
The most popular spots Americans are booking this summer
Top-rated frequent flyer programs can cut travel costs
Here's what post-pandemic travel might look like

"We expect it to increase based on the demand uptick we are seeing for summer travel," said Kohli, adding that Koddi is seeing airfares rise in concert with hotel rates as demand increases. The week of April 11, U.S. hotel demand was up 13.7%, the second-highest level this year. It had peaked in March for spring break travel.

There is a correlation between vaccination deployment rates and interest in travel, according to Koddi.

"In the U.S., we see a sustained correlation between regions that have comparatively high numbers of vaccinations per hundred people compared to the recovery of the travel intent and travel demand for those areas," said a company spokesperson in a statement.

Accommodations in high-demand regions — near beaches and national parks, for example — are now above pre-Covid levels, Kohli noted, although major metro areas like New York and Chicago are still seeing depressed rates thanks to a slower recovery.

Indeed, the Las Vegas Convention and Visitors Authority reports that the average daily rate at Vegas hotels, along with those in Laughlin and Mesquite, Nevada, for March was $100.11. While that's a 2.1% rise compared to February, it's still down 25% from the ADR in March 2019. Visitor volume, meanwhile, while down 39.7% vis-à-vis March 2019, rose 45.7% compared to one year ago.

General demand nationwide should keep increasing as "normal seasonal uplift" occurs from May through August, according to Koddi. The firm also found that bookings for more than 31 days out are starting to surpass historic levels, the cancellation rate for those booking are dropping and travelers seem willing to spend more on accommodations.

In fact, hotel and resort rates are recovering even as the industry has seen an Airbnb-era migration to vacation rentals, which often can offer more privacy and fewer cleanliness and pathogen exposure concerns. Kohli said that, while vacation rentals will remain popular, "hotels are coming back." In fact, hotel occupancies near those popular beaches and national parks are at record levels, he added.

"In general, economy and extended-stay hotels weathered the pandemic better, but we are starting to see mid-scale hotels recovering well and, as confidence to travel grows further with restrictions easing, upscale [hotel] and resort demand will improve," Kohli said.

Of course, U.S. accommodations of all types are in higher demand, and perhaps at higher price points, than they might be if most international markets were open.

Many normally popular foreign destinations have been off limits to Americans for more than a year (Mexico has been a notable exception), although the European Union did indicate this week that fully vaccinated U.S. citizens might soon be able to visit the 27-nation bloc.

But wider geographic access won't have a huge effect on rates, said Kohli, noting that domestic travel accounted for 80% of demand pre-pandemic.