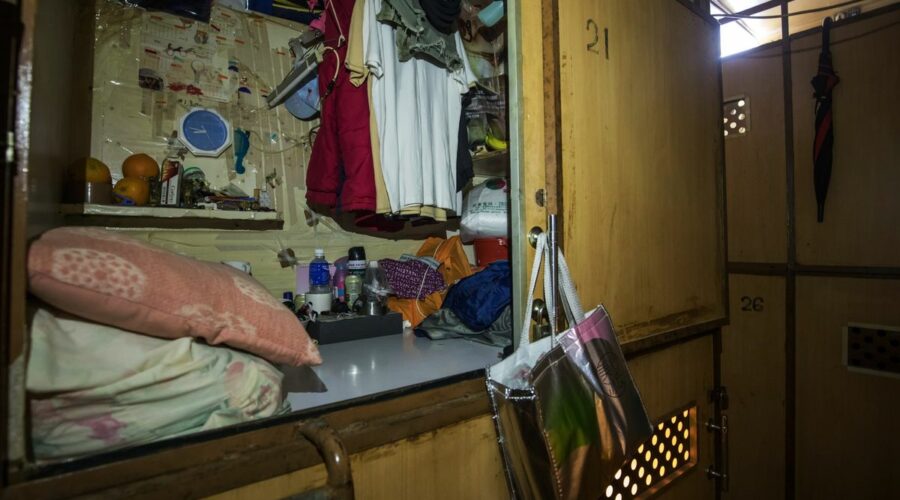 The warnings that Hong Kong’s notorious subdivided apartments posed a virus risk had been swirling for months.

Stuffy, poorly designed and sometimes no bigger than a single bed, the units were a ticking time bomb, according to non-profit organizations likeConcerning Grassroots’ Housing Rights Alliance and Kwun Tong Methodist Social Service. That bomb just exploded, sending the city into its first lockdown since Covid was initially detected there in January 2020.

On Jan. 23, the governmentrestricted about 10,000 residents to their homes in the Yau Ma Tei and Jordan areas of Kowloon to carry out mandatory Covid testing. In the first three weeks of the year, 162 infections were confirmed in 56 buildings there — a small number by the standards of many large urban centers, but still 17% of all cases in the city of 7.5 million. Days later, asecond lockdown was imposed nearby.

“In the control of infectious diseases, we cannot underestimate any source of infection,” Chief Executive Carrie Lam said in aFacebook post. The government’s next goal, she said, was “to get ahead of the infection in the community and gradually achieve ‘zero cases’.”

Partitioned units of the sort affected by the lockdowns, sometimes known as coffin homes, are largely a product of Hong Kong’s stratospheric rents and property prices.

As the city’s population surged in the 1950s, many Chinese immigrants shared apartments with strangers, but over the decades that followed, subdivided flats became less common as the supply of public housing grew. Then the Asian financial crisis of 1997 sparked a six-year property crash that saw prices drop by two-thirds and the government freeze land supply to support private housing. Inadequate construction in the years after the slump helped to create the world’s most unaffordable property market.

Demand for public housing has far outstripped supply ever since. The waiting time for a home is currentlyalmost six years, and longer for non-priority cases. Those would-be tenants need to wait somewhere.

Withone in five people living below the poverty line, prosperous, modern Hong Kong is among the world’smost unequal developed economies. In poorer districts, residential apartments carved into multiple rooms are ubiquitous: According to the latest census data, more than 200,000 people lived in 92,700 subdivided flats in 2016. For many buildings, there’s no formal record of all occupants — an additional headache for a government attempting a comprehensive testing blitz.

Compared to many cities, Hong Kong has experienced relatively limited fallout from the coronavirus, with just over 10,000 total cases and 172 deaths since the pandemic began. But the concentration of cases in subdivided units shows how well suited they are to virus transmission. Many have no windows and ventilation is poor. Hygiene is compromised by shared facilities — a government study in 2016 found that28% of residents had no independent kitchen, while 4% had to share toilets — and in some cases, people have no option but to cook in the toilet area.

Government building codes are often ignored, so plumbing and sewage systems may be illegally modified, said Chan Hong Ki, community organizer at Concerning Grassroots’ Housing Rights Alliance. “Many pipes in toilets or kitchens are not properly connected, so even before the pandemic it was easy for a virus to spread.”

A study published by the alliance in December found that more than 60% of 171 participants said their pipes gave off bad smells, a sign of possible leakage. Coronavirus, like many other illnesses, is found in the faeces ofinfected patients.

The recent outbreaks shouldn’t come as a surprise, according to Chan: “We have said that the design of the subdivided units was a ticking time bomb.” The group urged the government to ramp up monitoring and law enforcement last year.

“We are so worried,” said Wong Yuk Lin, who lives in a 60-square-foot unit with her family in the Kwun Tong area of Kowloon. The unit is part of an apartment that houses about a dozen other people. The pipes in the bathroom appear old, she said.

“There are so many people living here. When they go out to work, you don’t know where they are going. I get scared because I have to share a toilet and kitchen.”

At the heart of the problem is Hong Kong’s lack of affordable housing, which leaves the poor living incontainers andindustrial buildings as well as partitioned units. Overcrowded accommodation in poorer communities has contributed to the spread of Covid in cities fromSingapore toLondon toNew York.

“The residents knew that an outbreak was inevitable,” according to Winky Chan, a community worker at Kwun Tong Methodist Social Service. The government should be stricter about regulating the units, she said.

“They have been ignoring the problem and only start to react when there is an outbreak,” Chan said. “But they can’t solve the problem immediately because of the property’s structural issues.”

Given Hong Kong’s limited housing supply, subdivided flats seemunlikely to disappear any time soon. Advocacy groups have called on the government to cap rent rises so that tenants are under less financial pressure during the pandemic, and to hold landlords responsible for building maintenance.

A government-appointed task force is looking into rent control and other regulations to protect the tenants of such units,local media reported this week. The government is also actively seeking more land plots for public housing, although the imminent supply stillfalls far short of the demand. An ambitious HK$624 billion ($80 billion) proposal to build artificial islands for property development has been met with public skepticism and will take decades tocome to fruition.

Meanwhile, tenants living in those dilapidated buildings are counting on themselves. “We can only do our best,” said Wong. “I clean the toilet and corridor with bleach a lot more now.” 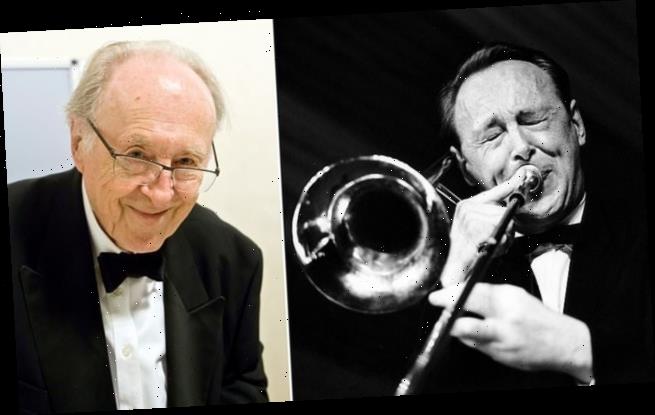 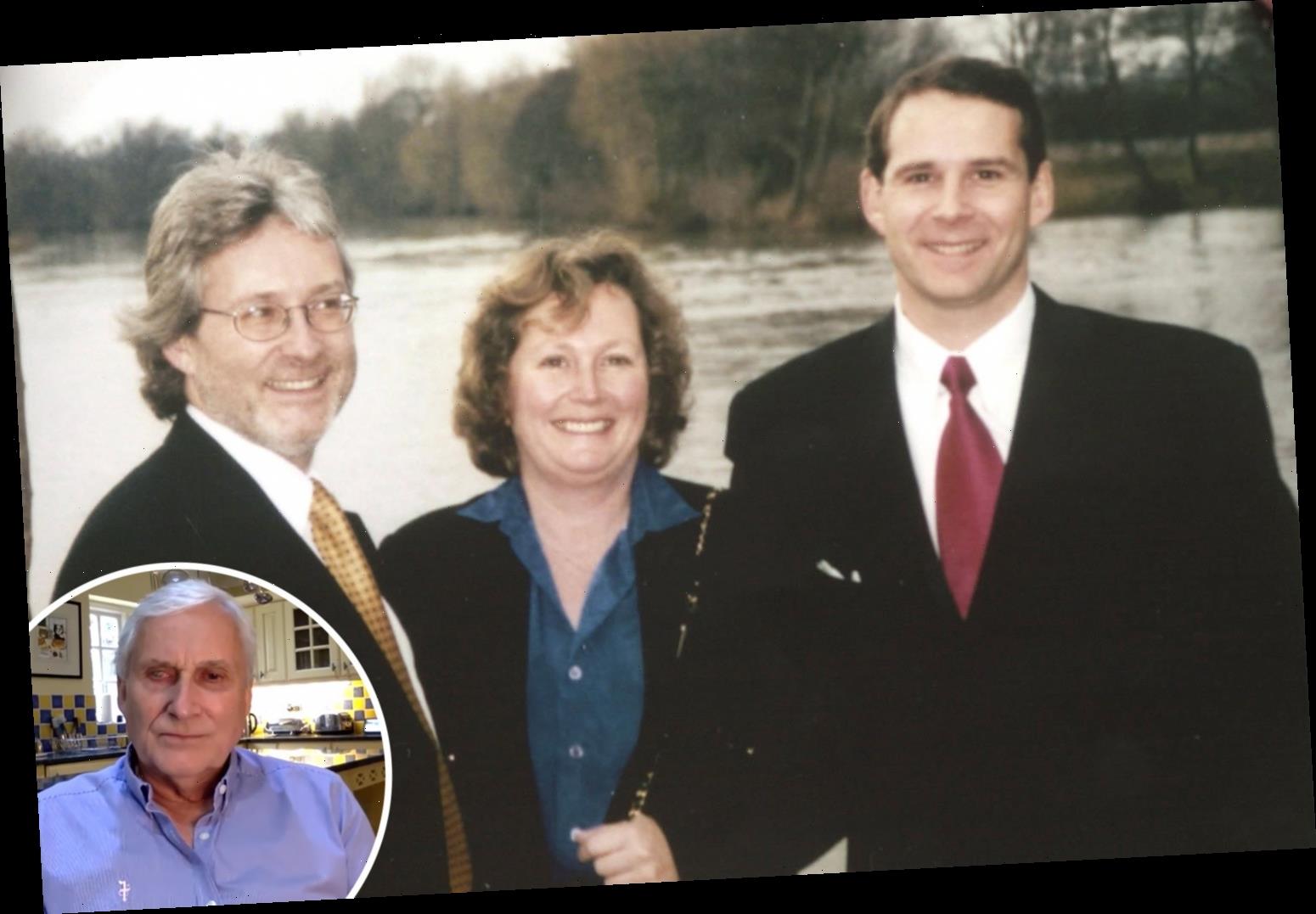