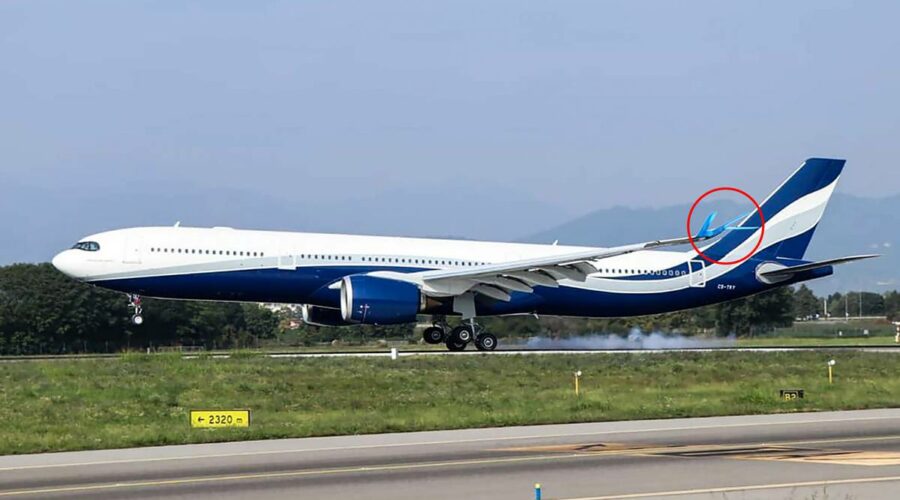 New wingtip technology that could save 1.2 tonnes of fuel between Auckland and Hong Kong is being trialled.

Portuguese charter airline Hi Fly will retrofit the 3-finger winglet to an A330 aircraft.

Aerodynamically designed wing tips (also known as sharklets) have been commonly used on passenger aircraft for about 20 years but the German-made Trinitair winglet could mark a step change in the technology.

Between 35 per cent and 40 per cent of the total air resistance of an aircraft in cruise mode is caused by induced drag. Winglets have made a significant contribution in lowering this induced drag but the Trinitair could cut this further resulting in 2 per cent fuel savings.

Hi Fly, which flew the Tasman to cover for grounded Air New Zealand Dreamliners three years ago, says the initiative could revolutionise the aviation industry.

”In an industry that is increasingly more concerned with a sustainable planet, and which is looking to have a positive impact with its day to day operations, investing in environmentally friendly technology is the right way to a better world,” said Paulo Mirpuri, president of Hi Fly and the Mirpuri Foundation.

In aviation, every kilogram of fuel saved is equal to 3.16kg in emissions saved, the airline says.

Fly is the first single-use plastic-free airline in the world and is working actively to become carbon neutral by the end of 2022. Ttinitair was designed by the Aircraft Performance Company (APC) and could be fitted within a day.

The new hardware brings performance enhancement, lower engine wear, range extension and payload increase as well as a significant reduction of fuel burn that leads to lower emissions of CO2 and nitrogen oxide.

APC managing director Harald Zirngibl says the three-finger wingtip came from a sketch on a napkin.

”It is not the time to wait for the one big solution that can make aviation emission-free in one fell swoop.Effective and implementable transitional steps must be taken quickly on the way there,”he said.

Hi Fly operates a large fleet of Airbus aircraft, Airbus A320, A330 and A340 families, available for wet lease or charter worldwide.It operated an A380 for a short time but ceased using the aircraft at the end of last year.