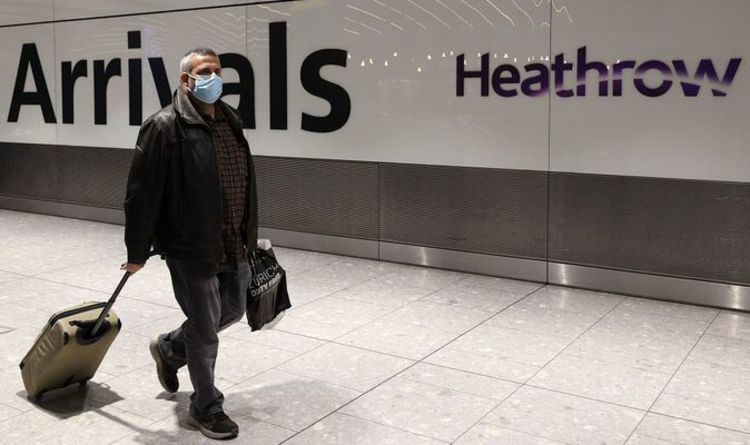 Currently the airport has been capped at £19.60 per passenger which is paid by airlines but typically passed on to customers via their ticket price. The charges are capped by the Civil Aviation Authority (CAA) with Heathrow’s current cap coming to an end at the end of the year. Today the CAA has written to Heathrow to advise it is increasing the cap to £30.19. The CAA said the value reflected: “The uncertainty of the recovery of passenger volumes at the airport from the pandemic, particularly following the emergence of new information about the omicron variant of COVID-19 since the end of the consultation period.”

The news comes as airlines are already reeling from the threat of increased restrictions as the Omicron variant spreads.

He added: “The UK’s economic recovery depends on its ability to compete on the global stage.

“Heathrow is already 44 percent more expensive than its European competitors.

“The reality is around 40 percent of Heathrow passengers are connecting to other destinations and could easily travel via other European hubs.

“After the worst crisis in aviation history we need to attract demand to stay competitive.

“Hiking charges will have the opposite effect.”

Heathrow meanwhile has also said it is disappointed, but due to the cap not being high enough.

A Heathrow spokesperson said the CAA had used “flawed analysis” assuming that operating costs at Heathrow would be £173million lower next year than its budget.

The spokesperson said: “There are material and basic errors in many aspects of the CAA’s assessment.

In September Heathrow revealed it had made loses of £3.4billion due to Covid with passenger numbers still around 40 percent of pre-pandemic levels.

According to a review of airport passenger charges by Airlines UK Heathrow ranks ahead of many other major airports when it comes to passenger costs.

Even at the current charge of £19.36 Frankfurt, Zurich and Paris all charge over 30 percent less.

16/12/2021 Business Comments Off on Heathrow price HIKE warning: Passengers to be slapped with extra 50% charges
Markets