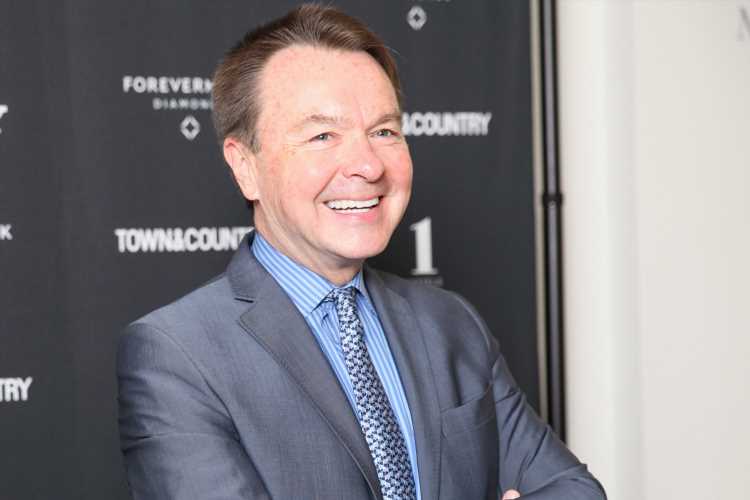 When Michael Clinton stepped down from his more than 20-year stint as one of Hearst Magazines’ top advertising executives, he wasn’t ready to fulfill the retirement stereotype, thinking of his next moves more as rewiring than retiring.

In addition to staying on as an adviser to Hearst chief executive officer Steve Swartz by request, he graduated from Columbia University with a master’s degree focused on philanthropy and continued to travel, hitting his 124th country of Ethiopia just before the pandemic struck. If that’s not enough, he’s also a marathon runner, a photographer, private pilot, part owner of a vineyard in Argentina, and founder of a nonprofit foundation.

Now, he is encouraging others to think about their next chapters in his new book “ROAR Into the Second Half of Your Life — Before It’s Too Late,” published by Beyond Words Publishing and released on Sept. 7.

The book is based on interviews with 40 people who made a midlife change in their work, goals, relationships or daily routine, with designers Donna Karan and Jeffrey Banks and actress Julianna Margulies among those case studies. Clinton believes anyone can enrich their life at any age by following four steps: reimagine yourself, own who you are, act on what’s next, and reassess your relationships.

“One woman who I knew was a newspaper journalist for many years and she was in her 50s and she was looking at the world around her and what’s going on in newspapers obviously and there were a lot of layoffs,” Clinton continued. “She was a divorced mother of one. She made the decision to sell her house so she had some money and she went back to school and got a masters degree in psychology and she now works in the opioid crisis in the Southwest and she loves her new career. She just turned 60. She got remarried. She has a whole new life.”

The book was conceptualized before the pandemic, but the topic has become more important than ever as the crisis has led many to think about the next phase in their lives. “People are thinking about are they in the right jobs, are they with the right people, are they in the right relationships. Maybe now is the time. So I think there’s going to be a lot of change over the next year with people.”

Clinton’s hope is that more of the marketing/brand world, including the fashion and retail industry, will “break out of their own ageist thinking…believing that investing in the 50-plus consumer is a waste of money.” The reality is that by 2032, the 50-plus age group will drive more than half of the U.S. economy, according to Clinton.

As for Hearst’s efforts, he cites Harper’s Bazaar, run by editor in chief Samira Nasr, putting Jane Fonda, 83, on a recent cover, while its beauty pages are now featuring women in their 60s, 70s and 80s.

“So many of these images have been absent in print magazines and digital platforms, and the new breed of editors like Samira are recognizing the importance of inclusion on all fronts.”