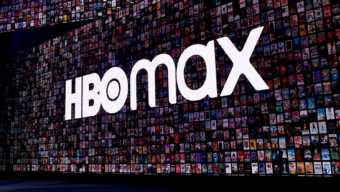 WarnerMedia will launch HBO Max on October 26 in six European territories, including Spain and the Nordics.

Sweden, Denmark, Norway, Finland, Spain and Andorra will be the first markets to get the service, the company said. HBO Max will be available to new customers as well as existing customers of HBO España, HBO Nordic and HBO Go. (HBO Go has disappeared in the U.S. but continues to operate in certain parts of the world.) Billing will be  directly or via eligible partners. Pricing, product and programming details will be revealed at a virtual launch event in October.

Launched in the U.S. in May 2020, HBO Max began its international expansion in June, reaching 39 territories across Latin America and the Caribbean.

WarnerMedia said 14 additional territories will go online in 2022. Included in that wave will be Bosnia and Herzegovina, Bulgaria, Croatia, Czech Republic, Hungary, Moldova, Montenegro, North Macedonia, Poland, Portugal, Romania, Serbia, Slovakia and Slovenia. More territories are expected to be added to the list.

As the global rollout continues, the UK, Germany and Italy remain off limits for now due to a long-term distribution deal HBO struck with Sky. That deal runs through 2025, though executives have indicated they are interested in trying to negotiate an earlier exit. The distribution relationship was formed in a previous era, before WarnerMedia became a full participant in the streaming competition. HBO Max is now facing off against Disney+, Netflix, Amazon Prime Video and others, with global reach a key strategic element. ViacomCBS and NBCUniversal recently joined forces for SkyShowtime, a new streaming offering targeting Europe and other parts of the world.

Long dependent on pay-TV operators and other third-party distrbutors, HBO and HBO Max are in the midst of transitioning to a direct-to-consumer model. They combined for 67.5 million subscribers as of the quarter ending June 30, according to parent AT&T. WarnerMedia has forecast global subscriber levels of 120 million to 150 million by 2025. Netflix continues to set the streaming pace, with 209 million worldwide subscribers.

“This is a historic moment as HBO Max lands in Europe,” said Johannes Larcher, head of HBO Max International. “WarnerMedia movies and series like Harry Potter, Game of Thrones and The Big Bang Theory are passionately consumed by fans all across Europe, and HBO Max has been created to provide them with the most intuitive and convenient viewing experience to watch these and a diverse range of other amazing titles.”