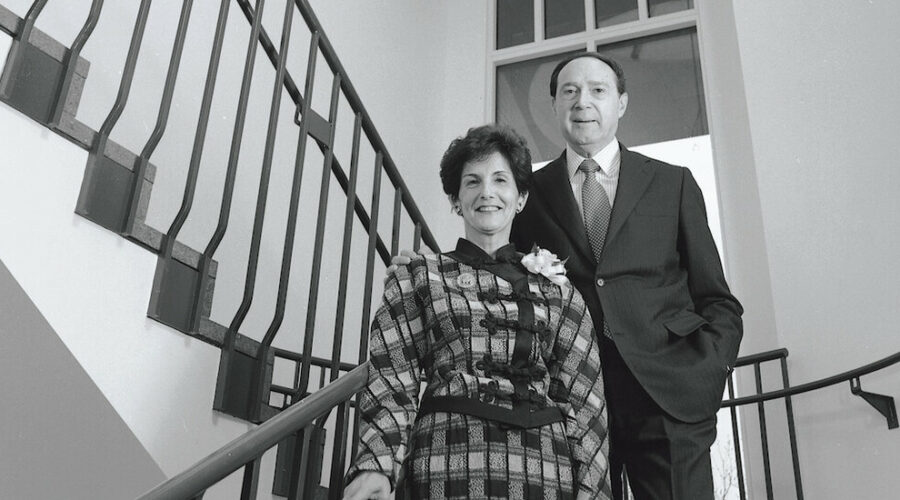 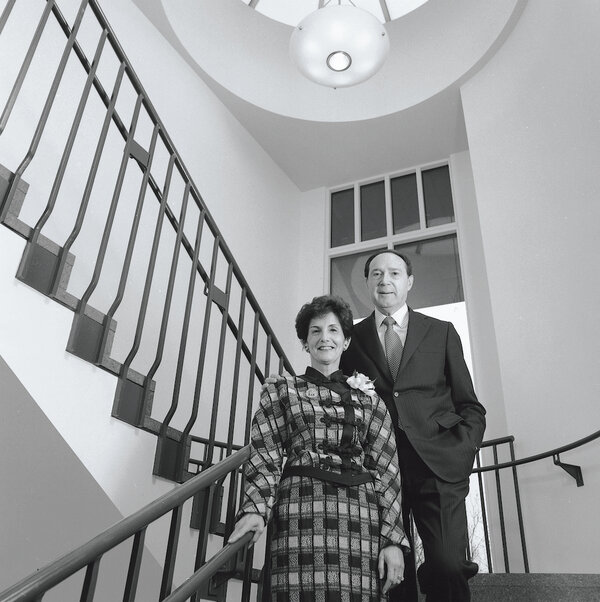 In the 1970s, when Gustave M. Hauser, an international lawyer, was chairman and chief executive of Warner Cable Communications, cable television was still very much an uninspiring local business in rural towns, providing little more than $5-a-month connections to homes that otherwise had no access to television.

In December 1977, Warner unveiled QUBE, an experimental cable system offering a package of 30 themed channels that provided movies, sports, children’s programming and documentaries. The system not only offered customers content unavailable on broadcast television; it also introduced new technology to bring that content to them. QUBE’s innovations included the first set-top boxes and remote control devices for cable.

To lure subscribers to QUBE, Mr. Hauser needed new programming that was attractive but affordable. Finding that programming would define the cable television market.

His concept of inexpensive special-interest channels led to the development of the Movie Channel, Nickelodeon and MTV, along with computer-based interactive services like pay-per-view. All of it transformed the way Americans watched television.

Mr. Hauser died on Feb. 14 at an assisted living facility in New York City. He was 91.

His death, which was not widely reported at the time, was confirmed by his wife, the foreign affairs and human rights lawyer Rita E. Hauser, who said the cause was complications of dementia.

“When I got into this, it was clear that this wasn’t a business I or many other people wanted to be in,” “Mr. Hauser recalled in an interview for this obituary in 2015. “I was among the first to think through what it could be, and not just write an article but do something about it. We tried it all, and it showed immediately that people really wanted this.”

“QUBE was a very prescient look at what multichannel television could become,” he said in an interview, also in 2015.

QUBE demonstrated the viability of the cable industry and opened the floodgates for municipalities to award Warner Cable a predominant share of new cable franchises around the country. In 1980, Warner was given franchises covering 1.1 million of the 1.6 million homes receiving cable services.

“The chief factor in Warner’s recent successes, analysts and competitors concur,” The New York Times wrote in November 1980, “has been its ability to use its two-way systems — the industry’s most advanced interactive television service — as a means of distinguishing Warner’s proposals from those of its competitors. The key ingredient in Warner’s recent franchising victories has been the lure of QUBE.”

In a market that at the time had 17 million subscribers, Warner’s growth was notable.

Having built Warner Cable into an industry giant — it became Warner Amex Cable Communications in 1979 and, after several changes of ownership, is now MTV Networks — Mr. Hauser decided to leave and start his own cable company. In 1983 he founded Hauser Communications, which he built over the next 10 years into a successful and highly regarded cable provider, with properties in Washington and Minneapolis among other locations.

In 1993 he sold his company to Southwestern Bell for $650 million in a deal that shook the American telecommunications industry. It was among the first of what would be many mergers between telephone companies and cable providers, and at the time it was the largest.

Mr. Hauser and his wife in 1988 created the Hauser Foundation and began a life of charitable giving, especially to Harvard and New York University. (He had graduated from Harvard’s law school; she began her law studies there but graduated from N.Y.U.’s.)

In 2011, the Hausers gave Harvard $40 million to launch the Harvard Initiative for Learning and Teaching. Mr. Hauser was a strong proponent of using advanced technology in education, and their gift was aimed at putting the university at the forefront of new teaching and learning methods, including massive online open courses, which offer open access to courses with unlimited participation on the internet.

“This was inspired by Gus’s long career in technology and communications,” Drew Gilpin Faust, the president of Harvard at the time, said in 2015. “He and Rita were very excited about the possibilities that are open to teaching because of these new technologies, and Gus was a longtime champion of upgrading Harvard technologically.”

Gustave Hauser (he later added the middle initial M, which did not stand for anything) was born on Sept. 3, 1929, to Jewish immigrant parents in Cleveland. He had three older sisters. His father, Abraham, who was from Poland, manufactured and sold hats. His mother, Stella, who was from Russia, was a homemaker

Mr. Hauser graduated from high school with hopes of attending Harvard. But he could not afford the tuition, and instead he enrolled at Western Reserve University (now Case Western Reserve) in Cleveland. He did, however, make it to Harvard Law School on a scholarship.

After graduating in 1953, he was drafted into the Army. He ended up at the Army Military Police school in Augusta, Ga., where he taught law courses. When he was about to leave the service, Harvard Law School invited him to join its faculty as an instructor.

Mr. Hauser met Rita Eleanore Abrams, one of the first women admitted to Harvard Law School, on the Harvard campus in Cambridge, Mass. They married in 1956. Fascinated by international law, the couple lived and worked overseas for several years.

Returning the United States, Mr. Hauser found work at the Pentagon in the office of the general counsel to the secretary of defense. He later joined General Telephone and Electronics (later simply GTE) as a legal adviser to the company’s international business arm. That post led to his appointment as chief executive of GTE International, marking his entry into the communications business.

In 1969, shortly after President Richard M. Nixon took office, Mr. Hauser was named by the president to start the Overseas Private Investment Corporation, which was intended to help corporations do business abroad without fear that their assets would be expropriated in developing countries, not an uncommon occurrence at the time.

“Before that, there was no insurance against expropriation,” Mr. Hauser said.

In addition to his wife, Mr. Hauser is survived by a daughter, Ana Burtnett, and a grandson.

Mr. Hauser stayed abreast of technology developments throughout his life. He and his wife based their philanthropic efforts on a simple philosophy.

“We are people who want to do philanthropy by giving away our wealth during our lifetimes,” he said in 2015. “We’re not creating philanthropies in perpetuity like the Ford Foundation, where somebody is going to figure out what to do with the money when you are gone. If you are going to do it, do it.”

Mr. Hauser said he was most proud of his ability to envision future trends. “Everything I have been involved in, I was always looking ahead,” he said. “What I did in the cable business, I continued on a nonprofit basis in other areas. And it makes an enormous difference.”