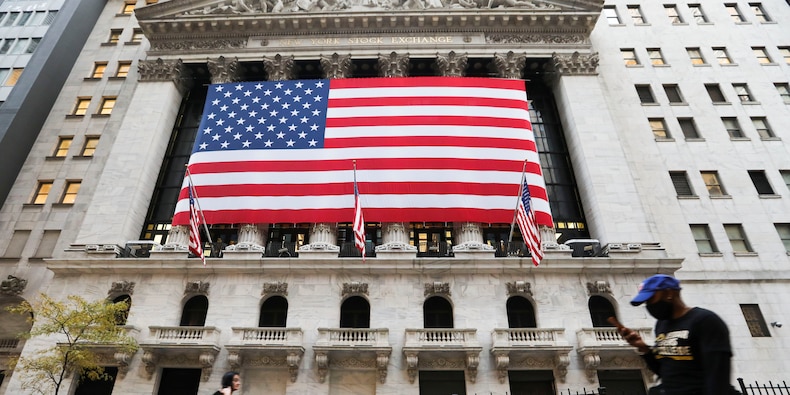 The US stock market is witnessing the biggest “short squeeze” in 25 years, forcing hedge funds to withdraw from their positions on stocks at the fastest rate since 2009, according to Goldman Sachs.

Last month saw GameStop shares rise more than 1,700%, “squeezing” hedge funds and others who had “shorted” the stock, costing them billions of dollars. A short position is a bet that a share price will fall.

The surge in GameStop and other heavily shorted stocks was driven by users of the Reddit forum Wall Street Bets, who forced up the price in an effort to make themselves money but also to hammer hedge funds such as Melvin Capital.

Read More: A chief investment strategist breaks down how the GameStop saga could upend long-standing practices on Wall Street – and shares her 4-part advice for navigating the frenzied trading environment

Goldman Sachs analysts this weekend shed some light on the situation in a note. “The past 25 years have witnessed a number of sharp short squeezes in the US equity market, but none as extreme as has occurred recently,” they said.

The equity analysts said a basket of the most-shorted US stocks has rallied 98% in the last three months. Estimates by data provider Ortex on Friday showed that short-sellers were sitting on losses of around $19 billion just on GameStop in 2021 so far.

Hedge funds and short-sellers who had made losing bets were forced to withdraw from the market rapidly at the fastest pace since 2009, in what is known as “de-grossing”.

They had to buy shares in companies such as GameStop and movie theater chain AMC to close their short positions, and sell other stocks to cover their losses.

“This week represented the largest active hedge fund de-grossing since February 2009,” Goldman analysts including David Kostin and Ben Snider said. “Funds in their coverage sold long positions and covered shorts in every sector.”

Kostin and his colleagues said regulations, limits put in place by trading platforms, or sharp losses could bring the amateur trading frenzy to a halt.

“Otherwise, an abundance of US household cash should continue to fuel the trading boom,” they said.

Read More: As Redditors flood the stock market, UBS breaks down 6 options strategies investors can use right now to protect their portfolios

Goldman said retail investing was thriving because of the large amount of savings built up during the coronavirus period, as well as government stimulus.

“During 2020 credit card debt declined by more than 10%, checking deposits grew by $4 trillion, and savings grew by $5 trillion,” the investment bank’s analysts said.

“On top of these savings, our economists expect more than $1 trillion in additional fiscal support in coming months, including another round of direct checks.”